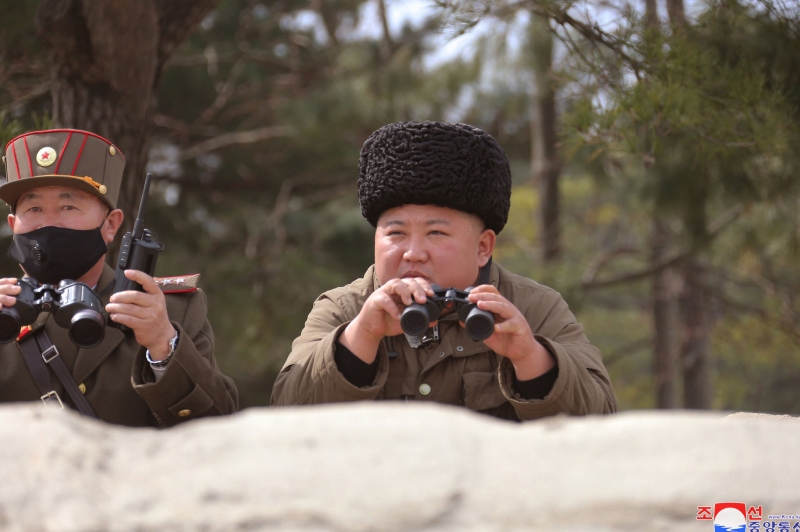 Sept. 26 (UPI) — Kim Jong Un has reportedly apologized for the murder of a South Korean fisheries officer, but the statement is in no way a confirmation the North Korean leader had no hand in the death of the 47-year-old man, a U.S.-based North Korean defector says.

Hyun Seung Lee, a North Korea-born consultant who now lives and works in Washington D.C., told UPI on Saturday during a video conference hosted by the Japan branch of Action for Korea United Kim was likely apprised of the situation before the brutal death involving a possible burning.

“Behind every major decision is Kim, maybe even his sister Kim Yo Jong,” Lee said. “This time, the military [likely] reported [the captive] to the upper ranks, received a decision, and went ahead with the execution.”

The North Korean military likely took action against the South Korean, because of a system of incentives that works to reward such acts, according to the defector.

Lee said the North Korean soldiers who shot and killed Park Wang-ja, a 53-year-old South Korean tourist in Mount Kumgang, were well compensated by Pyongyang for the accident. In 2008, the same year Park died, the shooters were bestowed medals of honor, the defector said.

The soldiers who apprehended the South Korean man likewise could be celebrated as heroes, earn national praise, and promoted. South Korea is regarded as the Kim regime’s greatest enemy, the defector said.

Lee, whose father Ri Jong Ho once managed North Korea’s slush fund — Room or Office 39 — before defecting in 2014, said South Korea must take steps toward justice, including asking Pyongyang try the perpetrators on humanitarian grounds. South Korea should not rule out an extradition, Lee said.

Seoul may have other plans, however. South Korean spy agency chief Park Jie-won downplayed the slaying of the citizen on Friday, saying his agency does not see the decision as being “reported to and ordered by Chairman Kim,” according to Yonhap news agency.

Eiko Kawasaki, representative director of AKU Japan, said Saturday South Korean President Moon Jae-in’s quest for peace with North Korea is not possible, given the motives of the Kim regime.

Kawasaki, who escaped North Korea after an ill-fated decision to repatriate to the North in 1960, said Moon acted feebly in the face of North Korean threats. Moon made no changes to his prerecorded speech before the United Nations General Assembly the same week the South Korean national disappeared at sea.

“What was [Moon] doing at this time?” she said.

Lee, who was born into a life of privilege in North Korea, said his father made the difficult decision to defect because of the unprecedented cruelty of the current North Korean leader.

Lee, who is in his 30s, said the months-long purge of North Korean officials associated with Kim’s uncle-in-law Jang Song Thaek became personal when he lost two friends.

One friend disappeared, possibly because his father-in-law was Jang Su Gil, a senior aide to Jang Song Thaek. Another friend, also disappeared because the friend’s grandfather was close to Kim Kyong Hui, Kim Jong Un’s aunt. Kim Kyong Hui was rumored to be dead, but made an appearance in January 2020 during a lunar new year concert with her nephew.

Lee, who studied in China as a member of the North Korean elite, said he was able to realize North Korea was feeding its people lies as he lived overseas. China had pursued economic reform and delivered on its promise to improve the lives of its people. North Korea, by contrast, had opted to stay shut as malnutrition remained a common problem, even in the military.

Kim Jong Un could be in a tight spot when it comes to reform.

The North Korean leader needs a system that guarantees his dictatorship, but economic reform could erode his grip on power, Lee said.

Kim is only imitating the policies of grandfather Kim Il Sung and has “no economic knowledge” because of a lack of a regular education during childhood, Lee said.

Kim “only knows how to spend money,” the defector said.

Action for Korea United and the Global Peace Foundation are affiliated with the ultimate holding company that owns United Press International.