Rishi Sunak must not try to raise taxes in this parliament, the leader of the group of northern Tory MPs has told Sky News.

When the chancellor delivers his spending review later, he will also unveil a set of dire forecasts.

These are likely to show the lowest growth for 300 years, with a long-term permanent gap of around £40-50bn between cash raised in taxes and money spent. 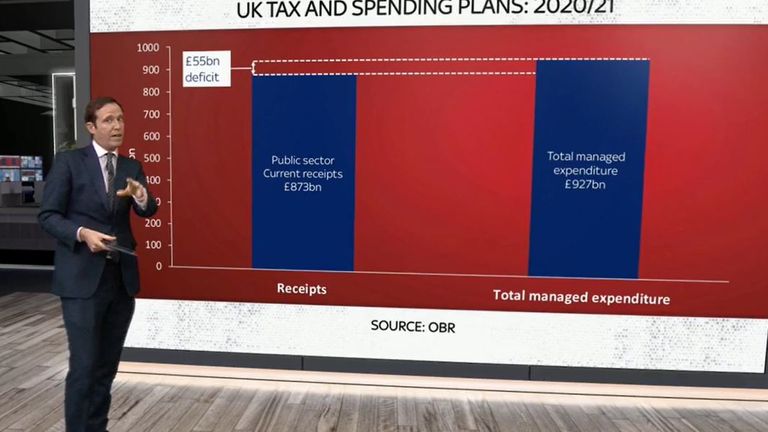 What is the spending review?

MPs believe Mr Sunak will say the gap needs to be closed, preparing the ground for further tax rises in the future, although specific rates will not be raised today.

Mr Sunak will not set out new “fiscal rules” today, nor will he reveal the necessary mix of tax rises and spending cuts.

Jake Berry, founder of the Northern Research Group, said: “The chancellor has been clear that it is the mission of all Conservative governments to balance the books and I’m sure he will re-state that (in the spending review).

“It’s quite difficult, I think, to see tax rises coming very quickly. Nobody wants to snuff out this recovery. My personal view is that they are probably going to be post-2024.”

This means that tax rises would come on the cusp of the next general election, meaning Prime Minister Boris Johnson and Mr Sunak must either admit to raising taxes in the Tory manifesto, risking political unpopularity, or not spell them out and face claims they are not levelling with the public.

However, Mr Berry argued that there is no danger of debt becoming unaffordable, so Mr Sunak should continue to spend to support the recovery.

He said: “The reason he can afford to take that approach is that even though we are one of the most indebted countries, we can borrow money cheaply.

“The global line for what is an acceptable earning to debt ratio has shifted for all nations which have doubled down and spent money to beat this crisis. There is a problem, there is a day when we all have to pay, I don’t think it’s coming in the very near term.”

Torsten Bell, director of the Resolution Foundation, agreed with Mr Berry that tax rises to close the £40bn gap probably needed to be delayed until 2023 or 2024 because the recovery was perilous.

Mr Bell added that this was on a similar scale to the consolidation undertaken by George Osborne, the coalition chancellor in 2010 who unveiled £40bn of spending reductions and tax rises.

However, the spending cuts were much deeper over that period because Mr Osborne was also pushing through massive income tax cuts, so the measures needed were more drastic.

The spending review sets out the one year budgets for Whitehall departments and the latest details for the funding of some investment projects.

He has already announced investment for some areas like the Ministry of Defence, NHS and training, meaning other areas like the prison service and local councils could see cuts.

However, those cuts are not going to be on the scale of those seen under former chancellor, George Osborne, said Mr Bell. 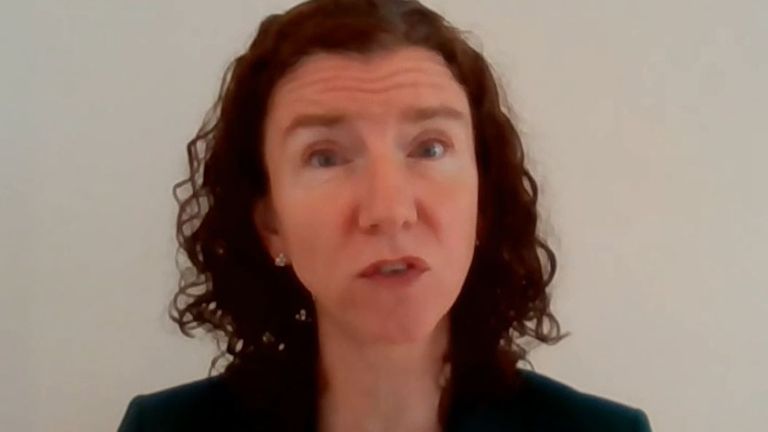 Govt ‘far too blasé about impact of long-term unemployment’

The Resolution Foundation director said: “Rishi Sunak’s tone about public finances is different to Boris Johnson’s – he’s much more likely to make the point that tough times are to come and there are some tax rises, and difficult choices on spending will be needed in the years ahead.

“Actually if we look at the substance of what we actually decide to do, the chancellor doesn’t want to be accused of not spending enough.

“That is generally what has happened. Really he’s not going to be setting out big cuts to public spending. Rishi Sunak does not want to be George Osborne.

“If you look at the areas he’s focusing on at the moment like on the reduction of aid, and the yet undefined freeze of public sector pay, they aren’t the ones where you see lasting political difficulty.

“So tonally he’s tough on the public finances but actually he’s spent huge amounts of money next year and I’d expect that in the spending review.”

This comes as the chancellor is set to announce a new three-year £2.9bn scheme to help one million unemployed people in their job search – alongside £1.4bn of new funding to increase Job Centre Plus capacity.

Under the plan, individuals out of work for over 12 months will be provided with regular, intensive job support tailored to their circumstances.

Tens of billions of pounds of investment in promised infrastructure will support jobs and spur Britain’s recovery from coronavirus, the government hopes.

Mr Sunak said: “My number one priority is to protect jobs and livelihoods across the UK.

“This spending review will ensure hundreds of thousands of jobs are supported and protected in the acute phase of this crisis and beyond, with a multi-billion package of investment to ensure that no one is left without hope or opportunity.”

Labour’s shadow chief secretary to the Treasury, Bridget Phillipson, said it would be “irresponsible” for the chancellor to freeze public sector pay.

She told Kay Burley this would have a “real impact on our economy at a very fragile time”.

Conservative MP and former international trade secretary Dr Liam Fox said such a move was justifiable because the gulf between public sector and private sector earnings has grown during the pandemic.

He told Sky News: “In the public sector, people have greater job security, they’ve got state pensions which are quite a valuable thing – that job security is worth a lot in today’s economy”.

How will the spending review affect you and the country? Sky’s economics editor Ed Conway will answer your questions on the Sky News app and website from 5.30pm. Email questions to news@sky.com