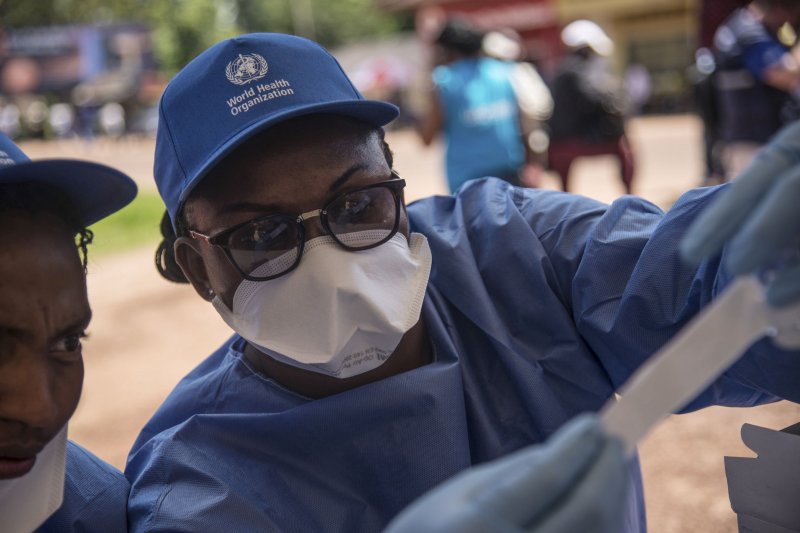 Feb. 8 (UPI) — A new case of the Ebola virus has been detected in the Democratic Republic of Congo some eight months after its last outbreak of the disease was declared over.

The World Health Organization said in a statement Sunday that the African nation’s ministry of health had diagnosed the deadly disease in Butembo city in North Kivu province where the virus had killed 2,299 people over the last two years ending in June.

The Butembo branch of the National Institute of Biomedical Research had tested samples taken from a woman who exhibited Ebola-like symptoms after she had sought medical attention and her results came back positive for the disease, which she later died from, the U.N. health body said.

The healthy ministry said Sunday the woman died Wednesday and had been married to a man who had survived the disease from a previous outbreak.

“The provincial response team is already hard at work,” the ministry said. “It will be supported by the national response team, which will visit Butembo shortly.”

The WHO said that it is not uncommon for sporadic cases to pop up following a major outbreak as was seen in eastern DRC.

The new case is being investigated by WHO epidemiologists, it said.

More than 70 contacts of the victim have been identified and workers are disinfecting sites she visited, it said, adding samples from the deceased are being genome sequenced by the National Institute of Biomedical Research to identify the strain of virus she had contracted.

“The expertise and capacity of local health teams has been critical in detecting this new Ebola case and paving the way for a timely response,” said Dr. Matshidiso Moeti, the WHO regional director for Arica. “WHO is providing support to local and national health authorities to quickly trace, identify and treat the contacts to curtail the further spread of the virus.”