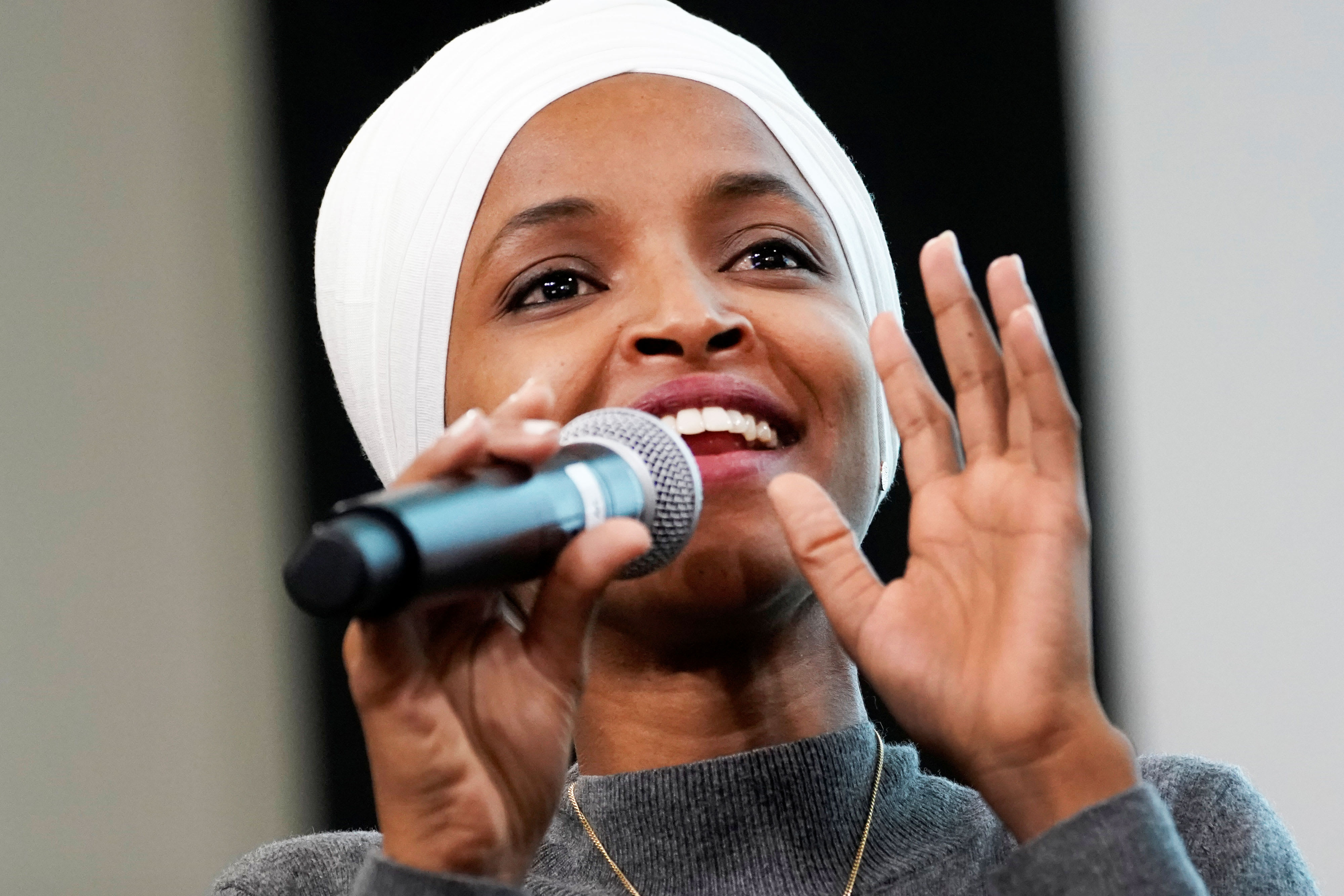 Rep Ilhan Omar (D-MN) takes part in a discussion on “Impacts of Phobia in Our Civic and Political Discourse” during the Muslim Caucus Education Collective’s conference in Washington, July 23, 2019.

Democratic Reps. Ilhan Omar of Minnesota and Ayanna Pressley of Massachusetts introduced legislation on Monday that would suspend student loan payments and forgive $ 30,000 in debt for borrowers during the coronavirus outbreak.

The bill, called the Student Debt Relief Act, would also prevent the government from seizing the wages and Social Security checks of defaulted borrowers. There are now dozens of members of Congress who believe the global health crisis, and the way it has brought the economy to a near halt, has made student debt cancellation necessary.

“During this public health emergency, no person should have to choose between paying their student loan payment, putting food on the table or keeping themselves and their families safe and healthy,” the lawmakers wrote in a statement.

The Trump administration and Senate Republicans have come out with more modest proposals.

Earlier this month, President Donald Trump announced that the government would be waiving interest on federal student loans through the pandemic. And U.S. Department of Education Secretary Betsy DeVos announced on Friday that borrowers could pause their bills for at least 60 days in a “coronavirus forbearance.”

“As President Trump has said, we are taking care of all Americans, and that includes our nation’s students whose educations and careers have been disrupted, so that we all emerge from this challenge stronger and more prosperous,” said White House spokesman Judd Deere.

In the Senate, under the stimulus package that was still in negotiations as of Monday afternoon, student loan borrowers would get a six-month reprieve from their monthly bills without interest accruing. But Democrats, including presidential candidate Joe Biden, have said that doesn’t go far enough and that the government should forgive the debt.

“What’s needed at this time is bold action,” said Persis Yu, director of the Student Loan Borrower Assistance Project at the National Consumer Law Center. “We need to cancel student loan payments and ensure that balances go down so borrowers can make ends meet now and then recover along with the economy.”

How has the pandemic impacted your ability to repay your student loans? Email me: Annie.Nova@Nbcuni.com

More from Personal Finance:
Here’s where to put emergency funds now
These financial moves can help you prepare for a recession
What the Fed cutting interest rates to zero means for you