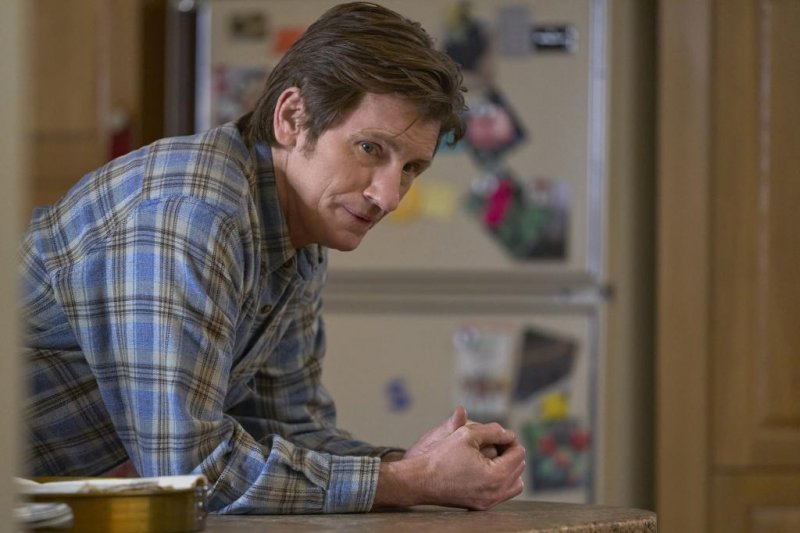 NEW YORK, March 31 (UPI) — Denis Leary, an actor and comedian known for his acerbic wit, says fans shouldn’t hold their breath waiting for him to play a earnest hero.

“I don’t think you want me playing Atticus Finch,” the 63-year-old Massachusetts native told reporters in a recent Zoom call, referring to the principled protagonist in To Kill a Mockingbird.

“It sure would be interesting,” Leary admitted. “I don’t know. I like to play the bad guys. Everybody has their acting DNA, and the guy who is sort of the straight arrow is not my thing.”

The star of The Ref, Rescue Me, Sex & Drugs & Rock & Roll, and the Ice Age animated film franchise now can be seen playing the prickly patriarch of the titular Chicago family in the Fox sitcom, The Moodys.

Created by Rob Greenberg, Bob Fisher and Tad Quill, the show follows married couple Sean (Leary) and Ann (Elizabeth Perkins) as they help their grown kids — Sean Jr. (Jay Baruchel), Bridget (Chelsea Frei) and Dan (Francois Arnaud) — navigate romances and careers, while trying to figure out the next phase of their own lives.

Season 2 is set to premiere Thursday.

In real life, Leary has been married to wife Ann since 1989. They are the parents of two adult children and, while some elements of the comedy might seem familiar, The Moodys is not based on their family.

“What Rob and Bob and Tad have created has so many elements of other people’s lives,” Leary said, explaining how viewers with grown kids will likely recognize the “love and anger and stories and experiences” that come with family life over the course of many years.

The Moodys might seem outrageous, but Leary joked that they actually are fairly tame compared to what his family was like when he was growing up.

“We make this family look like angels,” Leary said.

“Some of my regrets in life are what I put my parents through. My mother is still alive. She’s 93, and she remembers everything that my older brother and I did wrong. She remembers the dates, the other people involved and her emotions about how she felt the day that it happened.”

Leary gets along with his brother now, but that wasn’t always the case.

“We shared a room for 17 or 18 years next to a hot water heater in the basement,” he recalled.

“I think I fought my brother 567 times, and I lost 567 times because he’s bigger than me,” Leary added. “But I never cried and, because I’m funnier than him, I always would start the next fight by saying something funny when the thing was over. So, I have scars all over my face from him.”

Leary leaned into the Zoom camera to offer evidence of one ancient scuffle with his sibling.

“I have a scar up here on my head — I don’t know if you can see it in my widow’s peak,” he moved his hair so the journalists could take a look. “He shot an arrow, a hunting bow and arrow, into my head. There’s too many fights to go through. But, yeah, they were all funny to me because I lost every single one of them.”

An avid hockey fan and player, Leary is frequently seen at ice skating rinks in his screen projects, including The Moodys.

“It’s in my contract. You can ask Rob and Bob and Tad and Fox,” he quipped.

For Season 2 of The Moodys, which films in Canada, the cast and crew adhered to strict COVID-19 protocols, meaning Leary wasn’t allowed to sneak off on his own for any recreational hockey.

“The only days we skated were the day that we shot and the day before when we were sort of practicing the scenes on the ice, and that’s it. That’s the only time we skated up here,” he said.

He credited the crew and the network with taking the precautions necessary to stem the spread of the coronavirus, while also allowing the artists involved the freedom to have fun and be creative.

“It really does feel like we are shooting the way we normally do. So, we are using two cameras quite often. So, both actors in the scene are live. The scenes are very improvisational many times. So, when we are doing the work, it’s as if we are not dealing with COVID, but it does take a while to get there,” he said.

“If you didn’t know that this show was shot during COVID protocol, I don’t think you’d be able to tell from the energy of the show.”

Leary acknowledged he has been approached about reviving or rebooting Rescue Me, the firefighter action-dramedy he co-created, wrote and starred in from 2004 to 2011.

“I feel like we ended in a place that we wanted to be,” he said.

He said he would love to work again with the show’s co-creator, Peter Tolan.

“But it won’t be Rescue Me. It will be something new,” Leary said.

Asked if he thinks changing standards and social media reactions have made it more difficult to be funny, the entertainer replied, “If you are famous and you are known for something — whether it’s me or Colin Quinn or Amy Schumer or whoever it might be — what comes out of your mouth, if it’s expected to be edgy, you get a little bit more leeway.”

But younger comedians are having a harder time.

“They do feel limited, and they do feel like, as they are writing or as they are on stage, improvising within the moment on a subject, that they need to pull themselves back because everybody has got phones and everybody is going to tweet about it afterwards and it could basically stop their career,” Leary said.

While the matter is complicated, one thing is for sure: Comedy can’t thrive if comedians are afraid to take risks, he said.

“That’s part of the writing process. So, it’s dangerous when you start telling people that they shouldn’t even be thinking about going to the edge at all. Comedy doesn’t really benefit from that.”