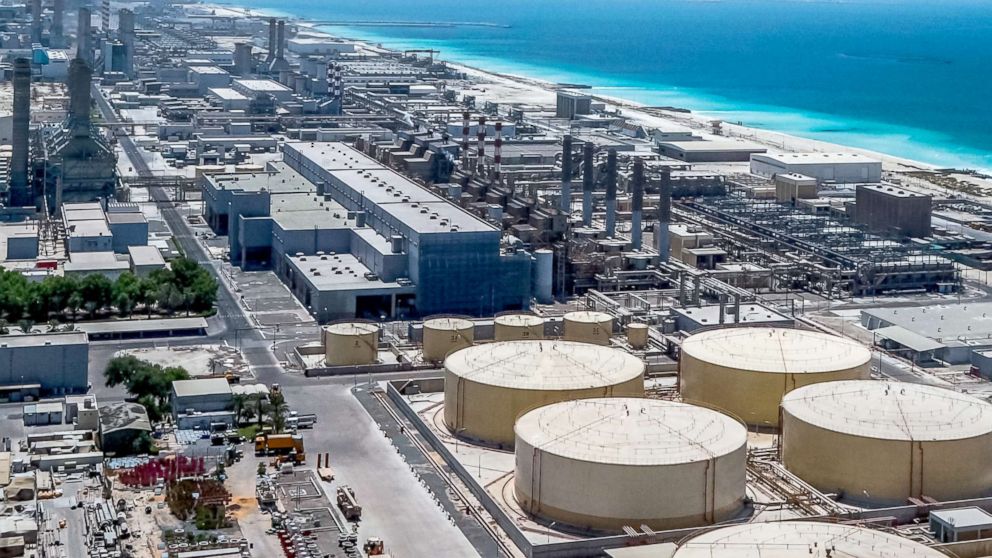 This is an Inside Science story.

About 700 million people worldwide lack reliable access to fresh water, a number which might grow due to population growth and climate change. This has pushed many nations to look to new, untapped water sources. One popular solution has been the construction of plants to remove salt from water sources such as seawater.

However, new research from the United Nations University Institute for Water, Environment and Health in Canada is warning that a byproduct of these desalination plants — super-salty, potentially toxic brine — is being produced in large quantities and that it could pose serious environmental threats.

There are now almost 16,000 desalination plants in the world. Although the majority of plants worldwide are located in the Middle East and North Africa, many communities in the United States are looking into or planning their own desalination plants, noted Margaret Wilder, a geographer and ecologist at the University of Arizona in Tucson who was not involved in the research. El Paso, Texas, for instance, is home to the world’s largest inland desalination plant, capable of producing more than 27 million gallons of fresh water per day, according to El Paso Water.

“Desalination is a technology that’s been used throughout history, but most recently, since the 1960’s, it’s grown very, very big,” said Edward Jones, lead author of the new study, who worked at United Nations University and is now at Wageningen University in The Netherlands.

Desalination plants take brackish water or seawater and use processes like heat treatment or reverse osmosis filtration to extract fresh water, which can then be supplied to people for important purposes such as drinking or watering crops. What’s left is super-salty brine, which can then be disposed of.

However, though there’s been a boom in the construction of desalination plants in the last few decades, the statistics on the plants worldwide were badly outdated. Jones, along with co-authors, wanted to fix that.

“The main problem we were trying to address here is that there’s been no comprehensive analysis of the amount of brine being produced,” said Jones.

To do this, the researchers reviewed existing research data from 1980-2018 as well as data from a newly-uploaded global database of about 20,000 desalination plants from Global Water Intelligence. They used this data to estimate the amount of brine being produced for each plant and worldwide.

Their analysis, published in the journal Science of the Total Environment, found that, on average, every liter of desalinated fresh water produces a liter-and-a-half of brine. Worldwide, plants make about 142 million cubic meters of brine every day — enough to fill more than 200 Olympic swimming pools.

The exact disposal method varies from place to place, but most desalination plants in the world are built on or near the coast, and these plants most often discharge brine waste into the ocean.

This could be a problem. The brine is denser than seawater, so when it’s discharged it tends to settle on the ocean bottom, where it can harm vulnerable marine life. It also carries less oxygen than the surrounding seawater and might contain potentially toxic chemicals added during the desalination process, such as copper or chlorine. And because the brine settles to the bottom, away from waves and currents, it may be hard to disperse.

Different places may be affected more or less strongly and previous research into quantifying brine disposal’s impact have varied, but the UNU team say it’s worth spending more time researching.

“When we produce desalinated water, we should not ignore the brine that we produce along with it,” said study co-author Manzoor Qadir, assistant director at UNU. “We should manage it in an environmentally feasible manner.”

Meanwhile, the authors think that the brine could be put to better use and might actually have economic value. They highlight other potential applications for the brine, such as irrigating salt-tolerant plant species or “mining” the brine for elements like bromine, lithium, or uranium.

Heather Cooley, a director at the Pacific Institute, a global water think tank, who was not involved in the research, pointed out that there may be additional considerations around building desalination plants, such as potentially high energy consumption or the effect on the environment during water intake.

“Seawater is habitat,” said Cooley. “It contains fish, eggs, larvae. So, when that water is taken into the desalination plant, all of that is killed.”

Wilder said that Jones and Qadir’s work could be important in helping highlight the need for more research on brine discharge. The growing demand for drinking water and the rapid construction boom for desalination plants could pressure people into ignoring potential environmental problems, she said.

“They’re pointing out that not very much is known; not much is being done on this,” said Wilder. “We need to get a better handle on it, because our research is not keeping apace with the rate of expansion.”

Inside Science is an editorially-independent nonprofit print, electronic and video journalism news service owned and operated by the American Institute of Physics.