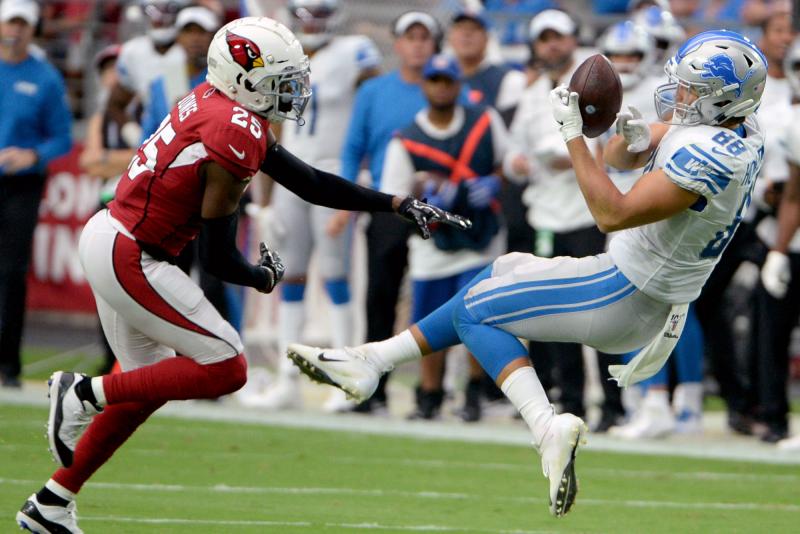 Hockenson sustained the ankle injury during the fourth quarter of the Lions’ loss to the Chicago Bears on Thanksgiving Day. He was taken to the locker room following the injury and didn’t return to the contest.

“Certainly, I think a guy that was consistent from Day 1,” Patricia told reporters Monday. “Someone that worked really hard. I think he improved as the spring, training camp and season came along.

“He worked really hard at his task and understanding some of the differences between the college game and pro game, and some different looks he was going to see, especially after early in the season when I think, obviously [he had] a lot of production, a lot of snaps, early in the year. We knew things were going to change for him from that standpoint.”

It marked the second significant injury for Hockenson this season. The rookie pass-catcher previously suffered a concussion against the Kansas City Chiefs after attempting to hurdle a defender.

The Lions selected Hockenson with the No. 8 overall pick in the 2019 NFL Draft out of Iowa. He finished his rookie campaign with 32 receptions for 367 yards and two touchdowns.

In Hockenson’s absence, the Lions will turn to free-agent acquisition Jesse James, veteran Logan Thomas and rookie Isaac Nauta, who was promoted from the team’s practice squad last week.