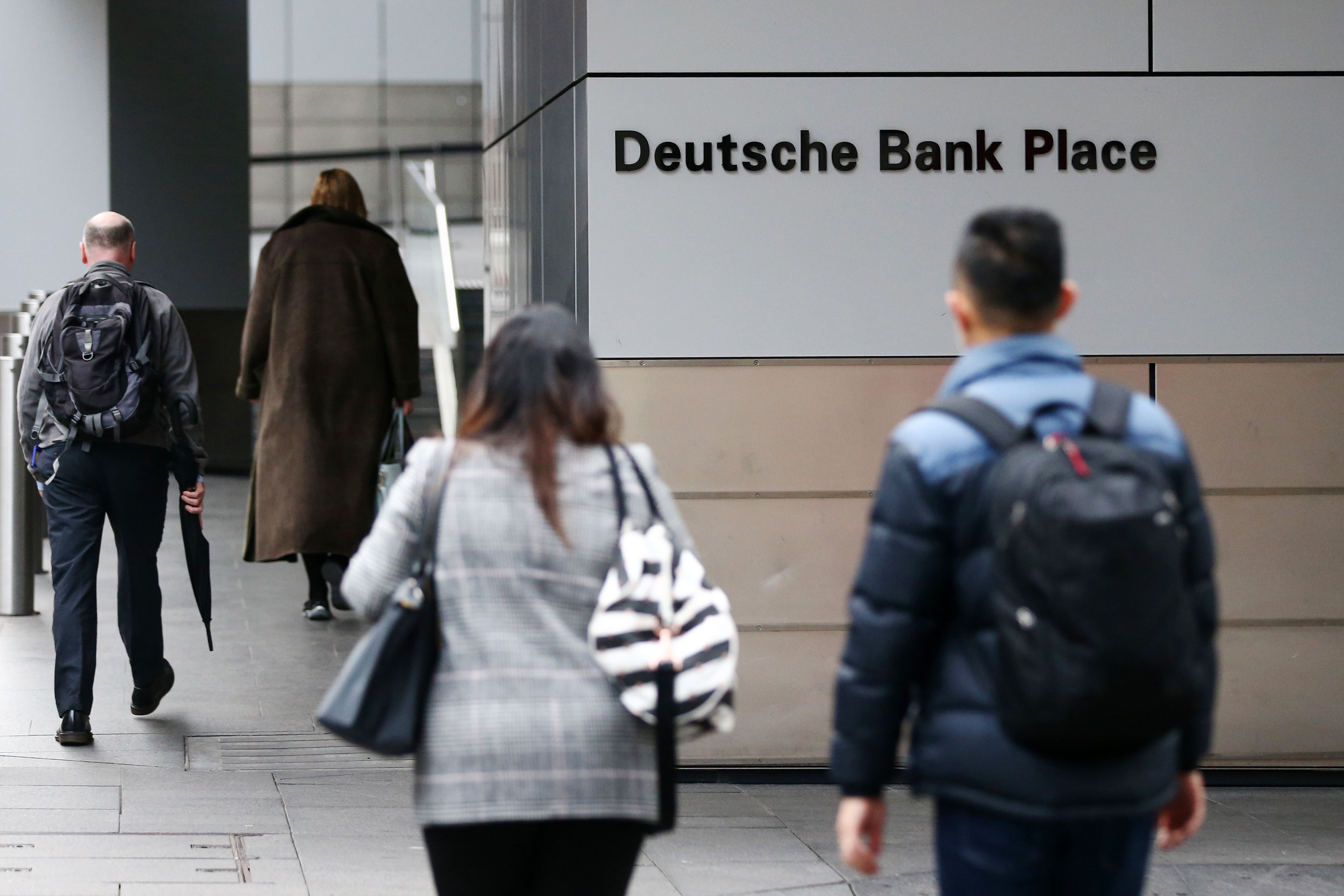 Deutsche Bank shares turned negative after initially jumping nearly 4%  in early morning trade on Monday as the German lender announced a mass restructuring program over the weekend. In one of its boldest overhaul, the bank will see 18,000 jobs cut by 2022 and the closure of its global equities sales and trading business in a bid to improve profitability.

The bank expects the sweeping reforms, which also involve the creation of a 74 billion euro ($ 83.05 billion) “bad bank”, to cost 7.4 billion euros by 2022. With second quarter results due on July 25, Deutsche is expected to report a net loss of 2.8 billion euros.

Deutsche Bank chief financial officer James von Moltke told CNBC’s Annette Weisbach on Sunday that this will be the last strategy overhaul, aiming to reduce global headcount to around 74,000 and cut adjusted costs by a quarter to 17 billion euros.

Several sources have told CNBC that layoffs at the bank’s offices in New York begin on Monday.

Deutsche shares have risen 16% over the past month, bouncing off an all-time low in early June after CEO Christian Sewing called for “tough cutbacks” at a contentious shareholder meeting. However, the multi-year decline is evident in a share price at Friday’s close of 7 euros, as opposed to 112 euros at their pre-crisis peak.

The tumbling share price has reflected the bank’s long run of legacy scandals, many of which relate to anti money laundering failures, along with the collapse of merger talks with domestic rival Commerzbank, which may have eased pressure to trim or hive off its investment banking arm.

Stephen Isaacs, chairman of the investment committee at Alvine Capital management, told CNBC’s “Squawk Box Europe” on Monday that it was “about time” Deutsche Bank took action to improve profitability.

“Every other European bank, I’m afraid to say, has had to face up to the reality that they can’t compete with the Wall Street players – go UBS, Credit Suisse and even the British banks – come on guys, it is extraordinary that it has taken this long, and only in the case of a complete collapse in the share price, and starting to see some of their key clients moving away,” Isaacs said.

Isaacs said that while eventually the reforms will work for Deutsche Bank, they will be “far more painful” and the “provisions that they’ve talked about are not nearly adequate.”

“Ultimately, the strategy of effectively doubling down on the German corporate market, just at a time when maybe the German economy is really rolling over, that in itself is not a key to profitability.”

Isaacs went as far as to suggest that embattled chairman Paul Achleitner, who survived an attempt to oust him at a contentious shareholder meeting in May, should resign over the crisis.

—CNBC’s Annette Weisbach and Spriha Srivastava contributed to this article.