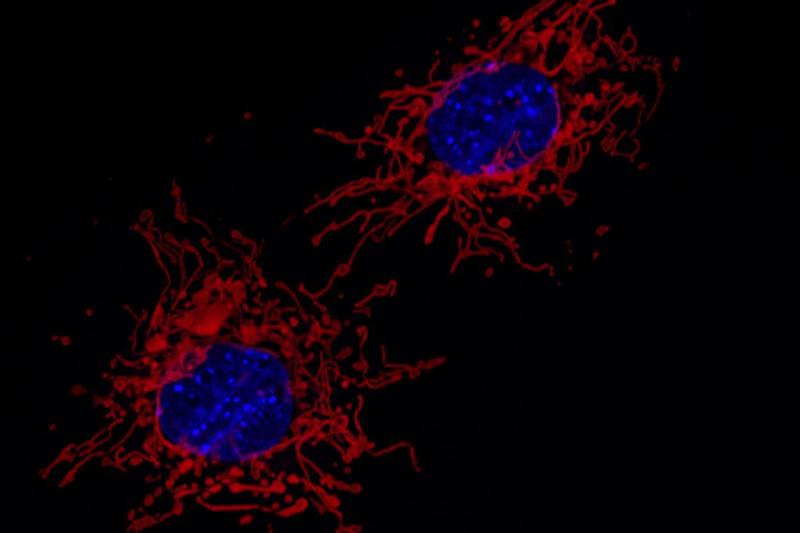 Now, researchers have shown that the genes powering mitochondrial replication, or division, a key component of animal evolution, are conserved across different species.

The endosymbiotic theory, an evolutionary theory, holds that more complex organisms called eukaryotes evolved from primitive single-celled organisms known as prokaryotes. Researchers have previously shown that mitochondria, the cellular organelles responsible for energy production, originated in prokaryotic bacteria, but were adopted by eukaryotes.

The conservation of similar mitochondrial structures lends credence to the endosymbiotic theory, but scientists have struggled to determine how mitochondria divide along with the rest of the cell.

For the new study, scientists focused on red alga cells, the simplest eukaryote. Red alga cells contain just one mitochondrion. Researchers wanted to find out if the machinery that powers mitochondrial division is conserved, or similar, across different species.

“Mitochondria are important to cellular processes, as they supply energy for vital activities,” Sachihiro Matsunaga, professor at Tokyo University of Science, said in a news release. “It is established that cell division is accompanied by mitochondrial division; however, many points regarding its molecular mechanism are unclear.”

Scientists paid close attention to the role of Aurora kinase, which regulates the functions of proteins by supplying them with phosphate groups. Aurora kinase and its ability to phosphorylate proteins is known to play a key role in cell division.

“When we looked for proteins phosphorylated by Aurora kinase, we were surprised to find dynamin, a protein that constricts mitochondria and promotes mitochondrial division,” Matsunaga said.

“We suggest that the phosphoregulation is conserved from the simplest eukaryotes to mammals, and was acquired at the primitive stage of endosymbiosis,” Matsunaga and his colleagues wrote in their new paper on the subject, published Friday in the journal Communications Biology.