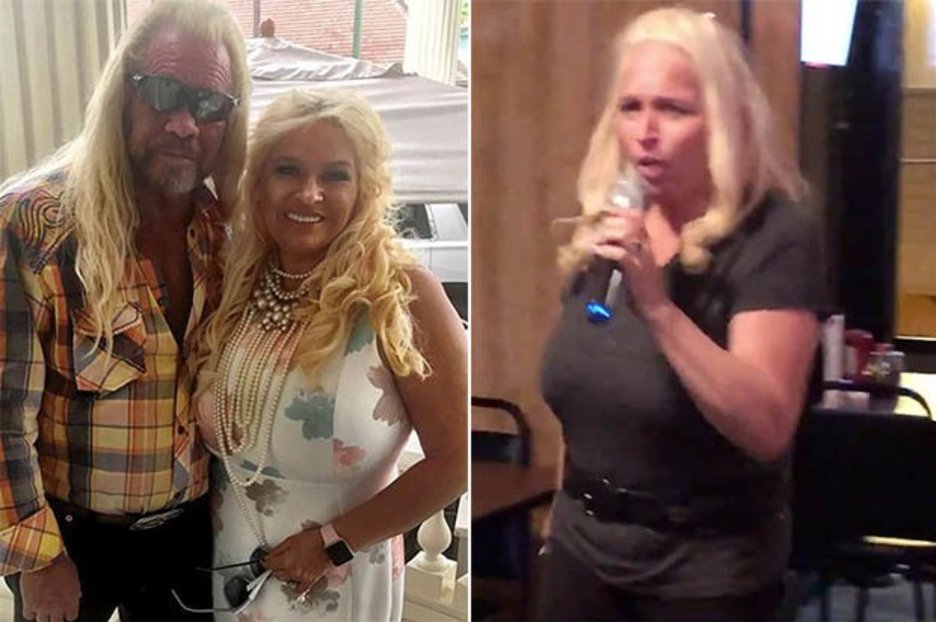 Dog the Bounty Hunter has been sharing his heartbreak over the loss of his wife Beth Chapman.

Confirming her death on Wednesday, June 26, he was inundated with well wishes.

Taking to Twitter in a recent post, he shared a heartwarming clip of Beth to his followers.

The blonde was singing to Bruno Mars and appeared to be enjoying herself as she grabbed the mic.

“People have asked me, what is something fans do not know about Beth… ”

He wrote: “People have asked me, what is something fans do not know about Beth…

He received floods of retweets and likes, before fans quickly inundated him with gushing comments.

One user wrote: “This is priceless. Such a bubbly, but stern soul. Rest easy Beth.”

Another added: “She was just as beautiful on the inside as she was on the outside. My prayers are with your family.”

A third responded: “Wow, this video makes me smile. Such a fun woman.”

After a lengthy cancer battle, Beth was put in a medically-induced coma, which she never woke up from.

He shared a tweet on June 23 writing: “Please say your prayers for Beth right now. Thank you, love you.”

Just days later, he wrote in an additional tweet: “It’s 5:32 in Hawaii, this is the time she would wake up to go hike Koko Head mountain.

“Only today, she hiked the stairway to heaven.

“We all love you, Beth. See you on the other side.”