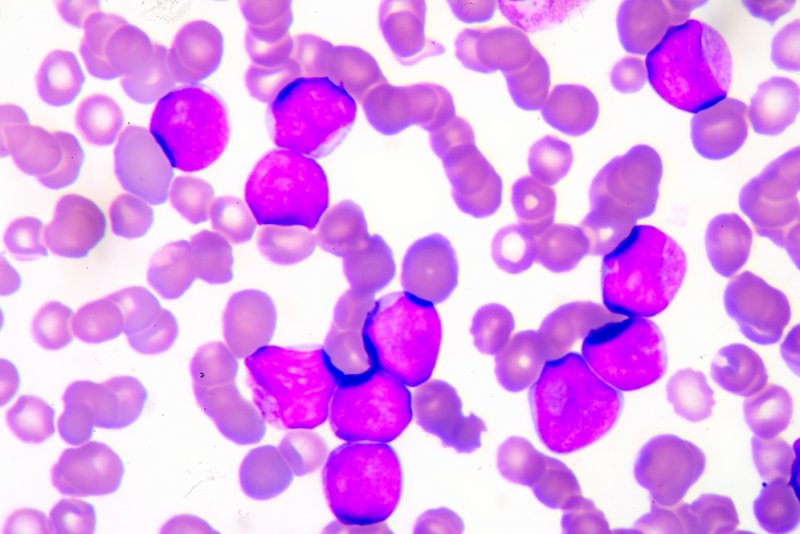 Dec. 24 (UPI) — A new drug for acute myeloid leukemia, or AML, improves overall survival in people with the deadly blood cancer by up to 10 months, according to the results of a Phase 3 clinical trial published Thursday by the New England Journal of Medicine.

In a study conducted at 148 hospitals in 23 countries, the drug, called CC-486, improved survival in patients age 55 and older, the data showed.

Those given the medication, a tablet formulation of the drug azacitidine, had an average survival from remission of almost 25 months, compared to 15 months for patients who did not take the drug.

The U.S. Food and Drug Administration approved CC-486 in September.

“It is very exciting to think that, by taking a tablet that is relatively well-tolerated, we can help reduce relapse risk and improve survival,” study co-author Dr. Andrew Wei said in a press release.

Normally, “after intensive chemotherapy, the risk of AML relapse is high,” said Wei, a hematologist at Alfred Health in Melbourne, Australia.

Acute myeloid leukemia is the most severe blood cancer in adults, and the risk for the disease and relapse after remission increases with age.

With current treatments, the prognosis for those with the disease is generally poor. The majority of older patients will die within two years of diagnosis.

Some 20,000 people in the United States are diagnosed with acute myeloid leukemia annually, according to the researchers.

The global trial focused on older adults “because of an unmet need to identify new agents able to improve outcome in patients after completing chemotherapy,” Wei said.

“Many older patients are not eligible to receive a stem cell transplant and so a less toxic option to reduce disease recurrence is desirable, rather than just being monitored and waiting for the disease to come back,” he said.

In addition to longer overall survival, those given CC-486 survived an average about 10 months before disease relapse, compared to an average of about five months for those given placebo, the researchers said.

“Our findings show that CC-486 significantly delays recurrence of the disease, thereby prolonging survival and without impacting on quality of life,” Wei said.

“This is a very significant advance because the drug is easy to administer and means that adults with acute myeloid leukemia don’t have to spend extra time in hospital,” he said.