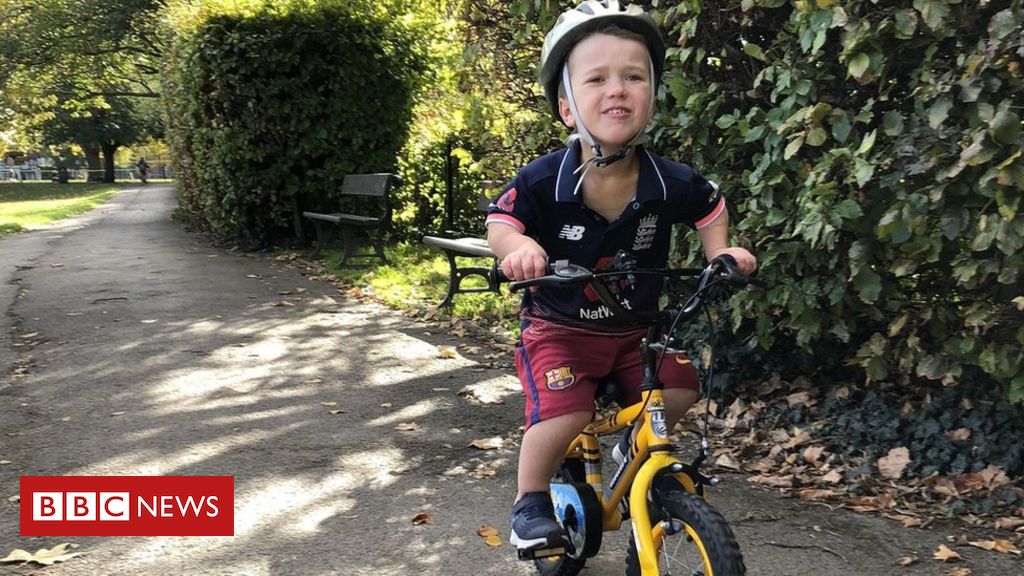 Scientists hope a new type of medication could boost healthy growth in children born with dwarfism.

Sam Short, nine, from south-west London has been on the treatment for three years as part of a global trial.

It is experimental but experts hope the drug can stop some of the medical complications linked to stunted growth.

The researchers behind the work, published in the New England Journal of Medicine, say the goal is to improve health, not just increase height.

Sam’s mother, Jennifer, had a normal pregnancy, so when Sam was born with his condition, it came as a complete surprise.

Achondroplasia – the most common form of dwarfism – affects about one in every 25,000 babies.

It is a genetic disorder caused by a mutation in a gene that impairs the growth of bones in the limbs, the spine, and base of the skull.

Often, it affects babies at random but the gene change can also be inherited.

Like other children with achondroplasia, Sam has short legs and arms. The main health concern is how his spine and legs will grow as he ages.

Children with achondroplasia can develop a curve in their lower spine and some get bow legs. Both can cause problems with walking and, sometimes, repeated surgery to break and reshape the bones is needed.

Jennifer hopes the new drug treatment could help Sam avoid some of these complications.

“He is a happy, healthy, very confident extroverted boy,” she says.

“He just happens to be a lot smaller than his brother and sister and peers and friends.

“We have been seeing great results in terms of his growth, in terms of his limbs becoming a bit more in proportion and it just means he’s starting to get able to run faster and keep up with his friends, reach things on the counter-top and it hopefully will mean he will face less health problems as an adult than some people with dwarfism face.”

Sam grew about 3cm (1in) in the year before he joined the study.

After the first year on the treatment, he had grown another 6cm.

“Friends and family and people at school have noticed that he is looking taller, looking straighter and he is able to keep up on the football pitch or the cricket pitch a bit more than he used to,” Jennifer says.

Tory English, 12, who lives in Australia, is also on the treatment.

Her mother, Anthea, a nurse, says the family agreed to let Tory take part in the trial to improve her quality of life.

“Height is just an incidental,” Anthea says. “If it was about height alone, we would not be doing it.

“We’re not fussed about height but we do want to help her avoid health issues.

“Tory was very much part of the decision to do this. If ever she does not want to be part of it, that’s her choice.”

The medicine is a daily injection, called vosoritide, which blocks a signal controlled by the faulty gene FGFR3 that impairs normal bone growth in children with achondroplasia.

Researchers say the trial results so far are promising.

The main objective of the trial involving 35 children, sponsored by BioMarin, the pharmaceutical company that makes the drug, was to show safety and look for any adverse events or serious side-effects.

And the latest findings suggest it is safe enough for patients to take.

A secondary objective was to see how much the children would grow.

On average, they grew at a faster rate compared with the 12 months before they started on the drug.

There was no adverse effect on body proportion or overall bone age, suggesting the effect, if sustained long-term, might increase final adult height, according to the researchers.

But there is no data yet on whether the drug can prevent complications linked to restricted growth.

Some critics worry that if it is approved, the treatment would be used to cosmetically change dwarfism – something many people with the condition would oppose.

Joseph Stramondo, assistant professor of philosophy at San Diego State University, who himself has dwarfism, is concerned researchers are “misleading vulnerable, frightened parents about the purpose of these studies”.

“These trials are only measuring gains in height in children, not the effects of the drug on adverse symptoms,” he says.

But lead investigator Prof Ravi Savarirayan, from Melbourne’s Murdoch Children’s Research Institute, says: “It’s not just cosmetic. What we are trying to do is to see if we can improve these children’s health and function.”

He and colleagues at the Evelina London Children’s Hospital, along with other research institutes in France and the US, have now moved into the next phase of testing.

They hope the treatment could become available within a few years if it is effective enough.

The US Food and Drug Administration, which regulates medicines, held a meeting last year to discuss the vosoritide trials.

It concluded that measuring how much a child had grown on the drug in a year was a “reasonable primary endpoint for clinical trials”.

Other experimental drugs that target different bone growth pathways are also being tested in children with achondroplasia.