Oct. 19 (UPI) — Philadelphia Eagles tight end Zach Ertz and running back Miles Sanders will miss time after they sustained injuries during the team’s Week 6 loss to the Baltimore Ravens.

Sources told ESPN and NFL Network that Ertz will be out three to four weeks due to a high-ankle sprain and Sanders is expected to be sidelined one to two weeks due to a knee injury.

“Adversity visits the strong, but stays with the weak,” Sanders tweeted Monday. “I’ll be alright!”

Sanders had 118 yards on nine carries before he injured his knee in the third quarter of Sunday’s loss. Ertz sustained his ankle injury in the fourth quarter.

The Eagles will host the New York Giants at 8:20 p.m. EDT on Thursday Night Football in Philadelphia. They will then host the Cowboys in another NFC East matchup in Week 8 before they have a Week 9 bye.

Dallas Goedert, the Eagles No. 2 tight end, is eligible to come off injured reserve this week after he dealt with an ankle injury. Goedert could return to the lineup, but it could be a longshot for him to get ready due to a shorter week of practice than normal.

Running back Boston Scott had four touches for nine yards in the fourth quarter on Sunday after Sanders’ departure. Scott will likely share the workload with fellow running backs Corey Clement and Jason Huntley as Sanders recovers from his knee injury.

“Boston, Corey, Huntley are the guys that would be in the running back by committee,” Eagles coach Doug Pederson told reporters Monday. “That would be our next move. … We know Boston has played and Corey has played.

“Huntley is the only one who has been limited from the standpoint of playing, but we have confidence in all three of those guys.”

The Eagles, who have dealt with myriad injuries to their offensive players, rank No. 22 in points scored and No. 27 in yards. 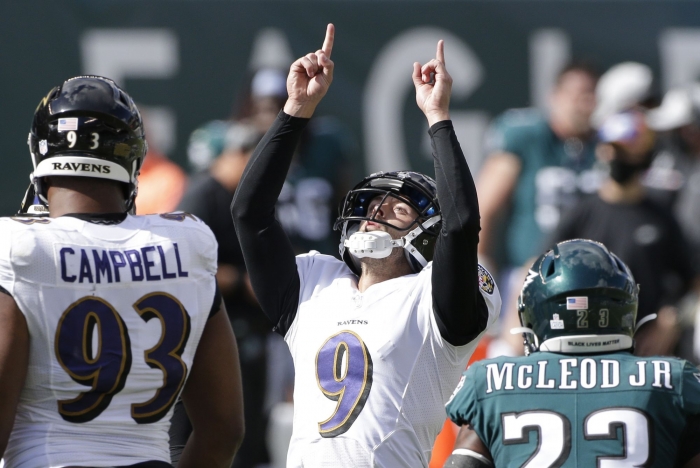 The Latest: US panel endorses 3rd vaccine option from J&J

‘I had a nice lifestyle, no debt. Now I owe £35k’: Shop owners desperate for post-pandemic help in the budget