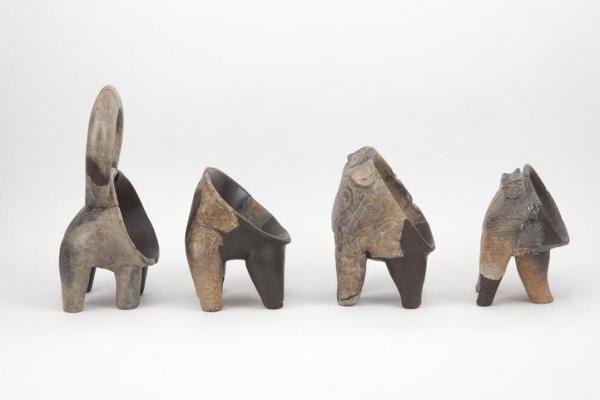 Sept. 5 (UPI) — Scientists have discovered the earliest evidence of cheese-making in the Mediterranean along Croatia’s Dalmatian Coast.

Fatty residue left on the insides of ancient pottery suggests the people of the Middle Neolithic were making cheese as early as 7,200 years ago.

“This pushes back cheese-making by 4,000 years,” Sarah B. McClure, an associate professor of anthropology at Penn State University, said in a news release.

As confirmed by the new analysis, the emergence of cheese-making corresponded with a shift in pottery technology.

“Cheese production is important enough that people are making new types of kitchenware,” said McClure. “We are seeing that cultural shift.”

During the Early Neolithic, populations along the Dalmatian Coast produced “impressed ware” pottery. But during the Middle Neolithic, from 4700 to 3900 BC, people living along the Croatian coast made and used what’s known as Danilo pottery, of which there are three subtypes.

Analysis of carbon isotopes revealed the presence of cheese on several pottery samples. Radiocarbon dating of bone and seeds collected from the dig sites confirmed the age of the pieces of pottery.

Previous DNA studies suggest the region’s adults were mostly lactose intolerant, but children could safely consume dairy up until the age of ten. By fermenting dairy products and producing cheese, Middle Neolithic farmers were able to produce a more stable and storable dairy product with reduced lactose content — a safe source of nutrition for both adults and children.