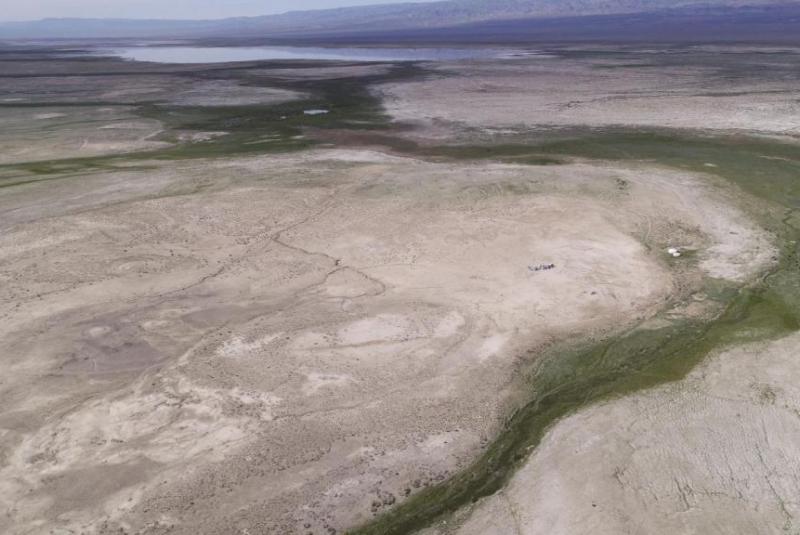 May 30 (UPI) — New research suggests northern and central Asia may have hosted early human migrations between 50,000 and 30,000 years ago.

During the Late Pleistocene, early humans began spreading out across Eurasia. Previously, archaeologists and paleoanthropologists assumed pathways across northern and central Asia were blocked by mountains and deserts. As a result, most research efforts have focused on a southern migration route along the Indian Ocean.

New research, however, suggests climate variation made northern and central Asia accessible to humans for brief periods of times.

“Archaeological discussions of the migration routes of Pleistocene Homo sapiens have often focused on a ‘coastal’ route from Africa to Australia, skirting around India and Southeast Asia,” Michael Petraglia, a professor of human evolution and prehistory at the Max Planck Institute for the Science of Human History, said in a news release. “In the context of northern Asia, a route into Siberia has been preferred, avoiding deserts such as the Gobi.”

But when scientists used paleoclimate data to model the history of the Gobi desert and other locations in northern and central Asia, they determined wetter periods between 50,000 and 30,000 years ago would have made human migration possible.

“Our previous work in Saudi Arabia, and work in the Thar Desert of India, has been key in highlighting that survey work in previously neglected regions can yield new insights into human routes and adaptations,” said Petraglia.

The new analysis, published this week in the journal PLOS One, suggests several interior regions in Asia were greener and more hospitable than scientists previously realized, including the Gobi Desert, the Junggar Basin,and the Taklamakan Desert. According to the study, humans could even have penetrated the Altai Mountains, the Tien Shan and the Tibetan Platea.

“We found that while during ‘glacial’ conditions humans would indeed likely have been forced to travel via a northern arc through southern Siberia, during wetter conditions a number of alternative pathways would have been possible, including across a ‘green’ Gobi Desert,” doctoral student Nils Vanwezer said.

Scientists have yet to find direct evidence of Late Pleistocene human migrations through northern and central Asia, but the new analysis suggests more archaeological expeditions in the region should be commenced.

“These models will stimulate new survey and fieldwork in previously forgotten regions of northern and Central Asia,” said Nicole Boivin, director of the archaeology department at the Max Planck Institute. “Our next task is to undertake this work, which we will be doing in the next few years with an aim to test these new potential models of human arrival in these parts of Asia.”