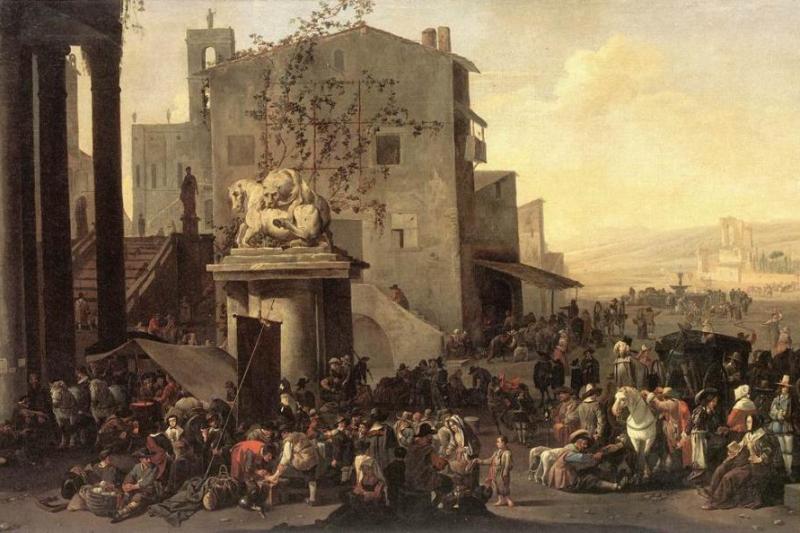 Nov. 8 (UPI) — During its long history, Rome has been shaped by a tremendous amount of genetic diversity. It was, new research suggests, one of the earliest urban melting pots.

To better understand how the genetic makeup of people in Rome and surrounding regions were influenced by centuries of migration, as well as the Roman Empire’s geopolitical expansion, researchers collected and analyzed 127 DNA samples from 29 Roman and Italian archaeological sites dating from the Stone Age through the Middle Ages.

Their findings showed the genetic makeup of the city’s population has been in constant flux throughout history, transformed by the arrival of immigrants from the Near East, Europe and North Africa.

“We did not expect to detect such an extensive genetic diversity already at the time of the origins of Rome, with individuals with ancestries from North Africa, the Near East and the European Mediterranean regions,” Ron Pinhasi, an associate professor of evolutionary anthropology at the University of Vienna, said in a news release.

Prior to the founding of Rome, the region resembled, genetically speaking, the rest of Europe. Around 8,000 years ago, the region was populated by farmers descended from early agriculturalists from Turkey and Iran. Between 5,000 and 3,000 years ago, the DNA signatures of ancestry from the Ukrainian Steppe dominated the region’s genome. By the time Rome was founded in 753 BC, Rome’s population looked like those of other comparable cities, with a mix of modern European and Mediterranean peoples.

Roughly 800 years after its founding, at the height of the Roman Empire’s geographic expansion, the genetic diversity of the city and surrounding regions started to shift. Though the Empire had, through alliance or conquest, established trade and socioeconomic relations with Europe and Africa, the genetic influences of the Eastern Mediterranean and Near East were most prominent — likely the result of the region’s denser population centers.

By the time Rome was sacked by Visigoths in 410 AD, the genetic influence of the Eastern Mediterranean had begun to decline and the city’s ancestry shifted toward Western European. Likewise, the genetic signatures of central and northern European ancestry became more apparent with rise of the Holy Roman Empire.

The findings of Pinhasi and his research partners — published this week in the journal Science — suggest Rome has not only experienced a surprising amount of genetic flux throughout history, but has also been a melting pot for thousands of years.

“We now need to think about new studies which look at the interaction between people of different social classes across the Roman Empire, including not only the movements of particular groups from different regions, but also of social mobility in both core regions, and the various provinces,” Pinhasi said.