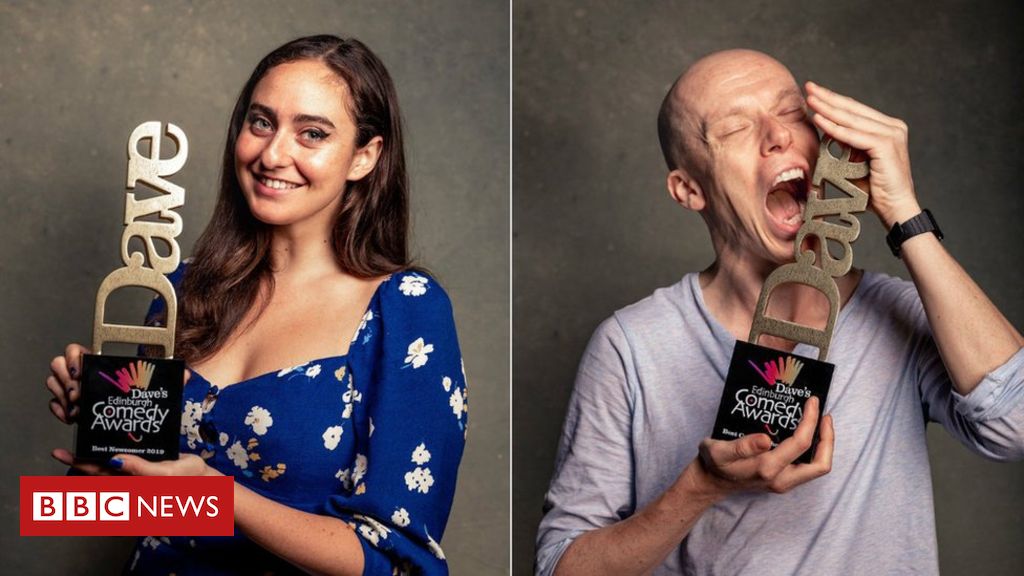 Comedian Jordan Brookes has scooped the top comedy award at the Edinburgh Fringe.

The “utterly unique” comic’s show, I’ve Got Nothing, was named the best comedy show at the Edinburgh Comedy Awards.

Once known as the Perrier award, previous winners include Al Murray the Pub Landlord, Jenny Eclair and Russell Kane.

They received their prizes from last year’s winner, Rose Matafeo, and Stephen Fry, who was part of the Cambridge Footlights which won the first ever Perrier in 1981.

“The Fringe means everything to me. I wouldn’t be here without it,” he told them.

Brookes was one of 10 comedians nominated for the best comedy show. He wins £10,000.

The shortlist included Mock the Week regular Ivo Graham and London Hughes, the first black British woman to be nominated in that category.

Awards director Nica Burns said: “With a very close list of nominees and a nail-biting debate, the judging panel chose Jordan Brookes as the 2019 winner for his originality, his playfulness with the audience, his timing and his sheer laughter count.

“Utterly unique, dubbed by some critics as the comic coup of the fringe, there is literally no one like him.”

Cohen – who has a regular set at Alan Cumming’s cult cabaret night in New York – won rave reviews for her show about “living, laughing, loving as a young woman in today’s world”.

Nica Burns said she was “hugely talented with a wonderful voice and charismatic personality, an instinctual comedian, very funny”.

Meanwhile a project which aims to make the festival more accessible to performances and audiences of colour has been awarded the panel prize.

Dominic Maxwell, the chairman of the judging panel, said Jessica Brough and Fringe of Colour began in 2018 with no funding and no staff.

“Despite that they have managed to build on it in 2019 with the help of some of the venues with 19 shows each giving them 25 tickets to give away to the audiences of colour they are developing,” he said.

“We hope that, through the panel prize more people will find out about their work and that the £5,000 cash prize means they will have some funding to connect more performers and audiences with each other, expand the scheme and inspire young, diverse people.”