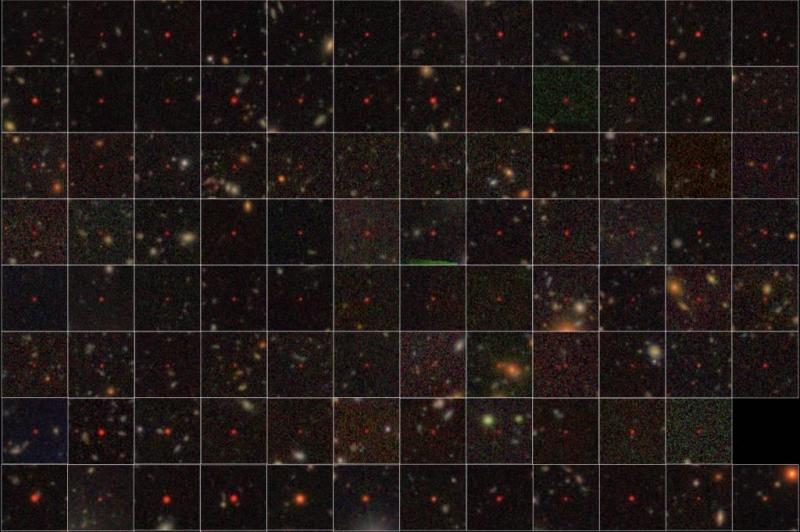 March 13 (UPI) — Astronomers have discovered 83 new supermassive black holes in the distant universe, or early universe, representing a time when the university was less than 2 billion years old.

Researchers were surprised to find so many quasars, glowing galactic nuclei powered by supermassive central black holes, in the early universe, just a few hundred million years after the Big Bang.

“Understanding how black holes can form in the early universe, and just how common they are, is a challenge for our cosmological models,” Michael Strauss, a professor of astrophysical sciences at Princeton University, said in a news release.

Scientists found the quasars using the Subaru Telescope’s Hyper Suprime-Cam. The telescope, which is operated by the National Astronomical Observatory of Japan, is located on the summit of Maunakea in Hawaii.

The dataset that revealed the distant supermassive black holes was collected over the course of 300 survey nights spread across five years.

Studying distant quasars can help scientists better understand how supermassive black holes influenced gas in the early universe. After the Big Bang, the universe was mostly made up of hydrogen gas.

At first, the hydrogen existed in a neutral state. But shortly after the birth of the first generation of stars, galaxies and black holes, the hydrogen was “reionized” — split into its proton and electron components.

Astronomers agree that reionization happened in the first few hundred million years after the Big Bang, but they have yet to figure out where all the energy necessary to reionize so much gas came from.

One hypothesis is that there were a lot more quasars in the early universe than cosmic models predict. The results of the latest study, published this week in the Astrophysical Journal, suggest such a hypothesis is incorrect.

“However, the number of quasars we observed shows that this is not the case,” explained Robert Lupton, a 1985 Princeton doctoral alumnus who is a senior research scientist in astrophysical sciences. “The number of quasars seen is significantly less than needed to explain the reionization.”