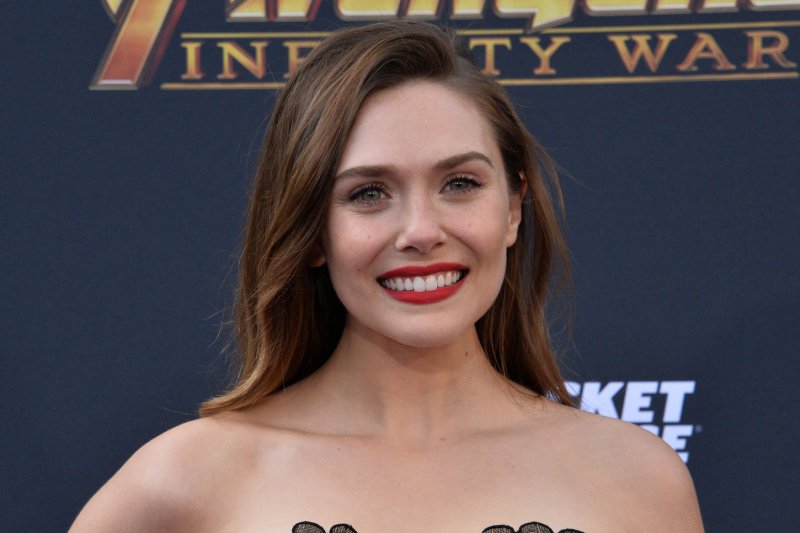 “It totally confused my brain,” Olsen said in a Zoom press conference.

Introduced in the scene after the credits of Captain America: The Winter Soldier, Wanda has telekinetic powers. Her superhero alter ego is The Scarlet Witch.

WandaVision puts these superheroes into a television sitcom. In the premiere episode, Wanda and Vision are husband and wife in a black-and-white sitcom, reminiscent of 1950s programs I Love Lucy and The Donna Reed Show. In this setting, Wanda and Vision must hide their superpowers from their neighbors.

“From Wanda’s point of view, she would describe WandaVision as a family sitcom of two people trying to fit in and not be discovered for being different,” Olsen said.

The cast filmed the premiere episode of WandaVision in front of a studio audience. The 31-year-old Olsen had performed Romeo and Juliet off-Broadway in 2013, but found having an audience to her on-camera acting could be distracting.

“It really messed with my brain, the idea of not playing to an audience, but feeding off an audience and having a camera,” Olsen said.

Subsequent episodes of WandaVision mimic television sitcoms of subsequent decades. The ’60s episode spoofs Bewitched and the ’70s The Partridge Family. WandaVision promises to reach the ’80s, too.

Faced with the demands of a different genre and historic forms of acting, Olsen said she looked to television icons as inspiration. Olsen said she pays homage to the stars of Bewitched, I Love Lucy and The Mary Tyler Moore Show.

“I think it was an amalgamation of Mary Tyler Moore and Elizabeth Montgomery,” Olsen said. “I think I accidentally threw some Lucy in the ’70s just because there was so much physical comedy.”

Olsen added that she was able to portray subtle evolutions in Wanda from decade to decade just based on physical changes. Costume changes altered the way she carried herself, Olsen said, and she studied the etiquette of each decade.

“When we talk about vocal work and speech and cadence, manners were a huge part of every decade,” Olsen said. “So we would get this book of manners for the time, as well.”

In the sitcom world of WandaVision, Vision fills the role as the hapless husband causing problems Wanda must solve. In the premiere episode, he invites his boss home for dinner, requiring Wanda to throw together a meal very quickly. In the second, he ropes Wanda into a talent show performance.

The ’50s and ’60s episodes of WandaVision allow Bettany to perform bumbling slapstick as Vision struggles to fit in with human coworkers and neighbors.

“By the time we get to the ’90s, they’ve all made me look so ridiculous that I didn’t really have to work that hard for laughs,” Bettany said.

Since WandaVision is a Marvel series, with two superheroes as main characters, the show incorporates their superpowers into the sitcom environment. Wanda employs her powers by telekinetically preparing dinner in the kitchen or assisting with Vision’s magic show.

This meant that Olsen was surrounded by puppeteers making kitchen utensils float on wires or with magnets. To convey an instant transformation, Olsen froze, changed outfits and recreated the same position wearing a new costume. She affirmed that this was much lower tech than the Avengers films.

“There are just a lot of silly things that we got to do,” Olsen said. “I’m used to it all just coming together in CGI (computer-generated imagery).”