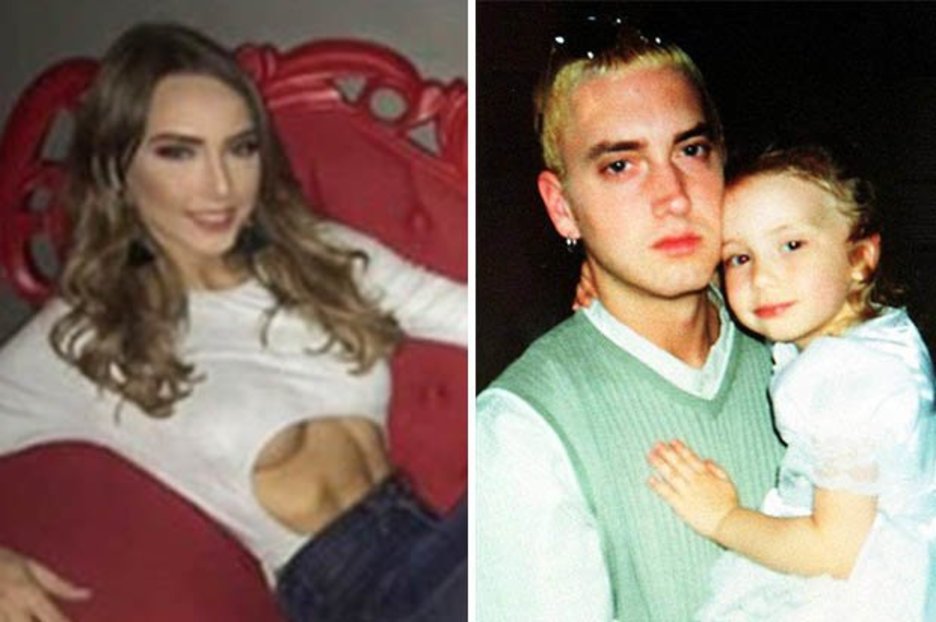 Her dad is undoubtedly one of the most famous rappers in the world, but as of late, Hailie Jade Scott Mathers has been making a name for herself.

Lapping up the Instagram influencer fame, the stunning 24-year-old has racked up an impressive 1.5million followers on her official account.

But despite her best efforts to avoid posting about her father who’s real name is Marshal Mathers, her comments section is inundated with her dad’s lyrics.

Sharing a snap of herself flaunting her abs of steel in a teeny crop with floaty sleeves, fans were more interested in why she never posts about Eminem.

Pairing the look with some high-waisted light denim jeans, followers stormed the comments with questions about the Mocking Bird singer.

With Fathers Day passing four days ago in America, the US-born star left fans concerned after she didn’t publicly wish him well.

Another replied to the above comment: “I know she is 24, but I seriously wonder if they ever see each other…”

A third wrote: “Are you and your dad in a massive fight or something?”

Fans shouldn’t be so concerned, as in an interview with the Daily Mail in 2018 Hailie spoke incredibly fondly about her dad.

She told the publication that her 46-year-old rapper dad is very supportive of her and that they are “very close”.

Hailie, who is the only biological child of Eminem and ex-wife Kim, said she visits him “often”.

World’s oldest living man, who said secret was to smile, dies at 112