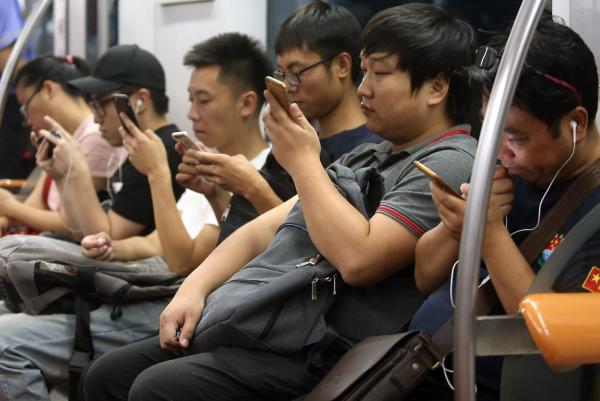 Oct. 13 (UPI) — The central bank in energy-hungry China injected funds into the economy Friday in an effort to offset risk and protect against bubbles.

The official Xinhua News Agency reported Friday the People’s Bank of China injected about $ 75.6 billion into the financial network through its medium-term lending facility, which holds an annual interest rate of 3.2 percent.

“The [bank’s] open market operations are closely watched by the market, as they have become major tools for the central bank in pursuing its monetary policy,” Xinhua reported. “Such a policy stance is crucial for China as it has to juggle the task of financial deleveraging, aimed at defusing risk and curbing asset bubbles, while shoring up the economy.”

The Chinese economy is slowing down, with growth expected to decelerate from 6.7 percent in 2017 to 6.3 percent next year, meaning its growing slower than India. According to economists at the Organization of Petroleum Exporting Countries, Chinese growth has been better than expected this year, though Communist Party leaders next week may prioritize the economy when laying out a five-year policy agenda.

“It seems some significant economic challenges may be discussed at this congress such as rural poverty, environmental degradation and the economic turbulence generated by the ‘new normal’,” OPEC’s market report read.

The “new normal” is the adjustment from quantitative to qualitative growth.

China’s is the second largest economy in the world, behind the United States, but the world’s largest net importer of oil. Years of heavy spending by the U.S. government, however, means China may be catch up by trying to increase its leverage by putting more of its currency into global trade flows. That comes as the value of the U.S. dollar continues to lose ground against other currencies.

John Hardy, a foreign exchange strategist at Dutch investor Saxo Bank, said last week that China may embed itself deeper in the global economy with the use of its currency.

“China is the world’s largest oil importer and a successful transition to transacting oil in yuan and maintaining a stable currency would be a first key step towards the long-term deepening of Chinese capital markets and importing the global demand for its currency,” he said.

Apart from oil, China is making strides on the renewable energy front. August sales and production of alternative vehicles like hybrids and electrics increased more than 60 percent from last year. China is the second-largest economy in the world and, for eight years running, the largest car market in the world.