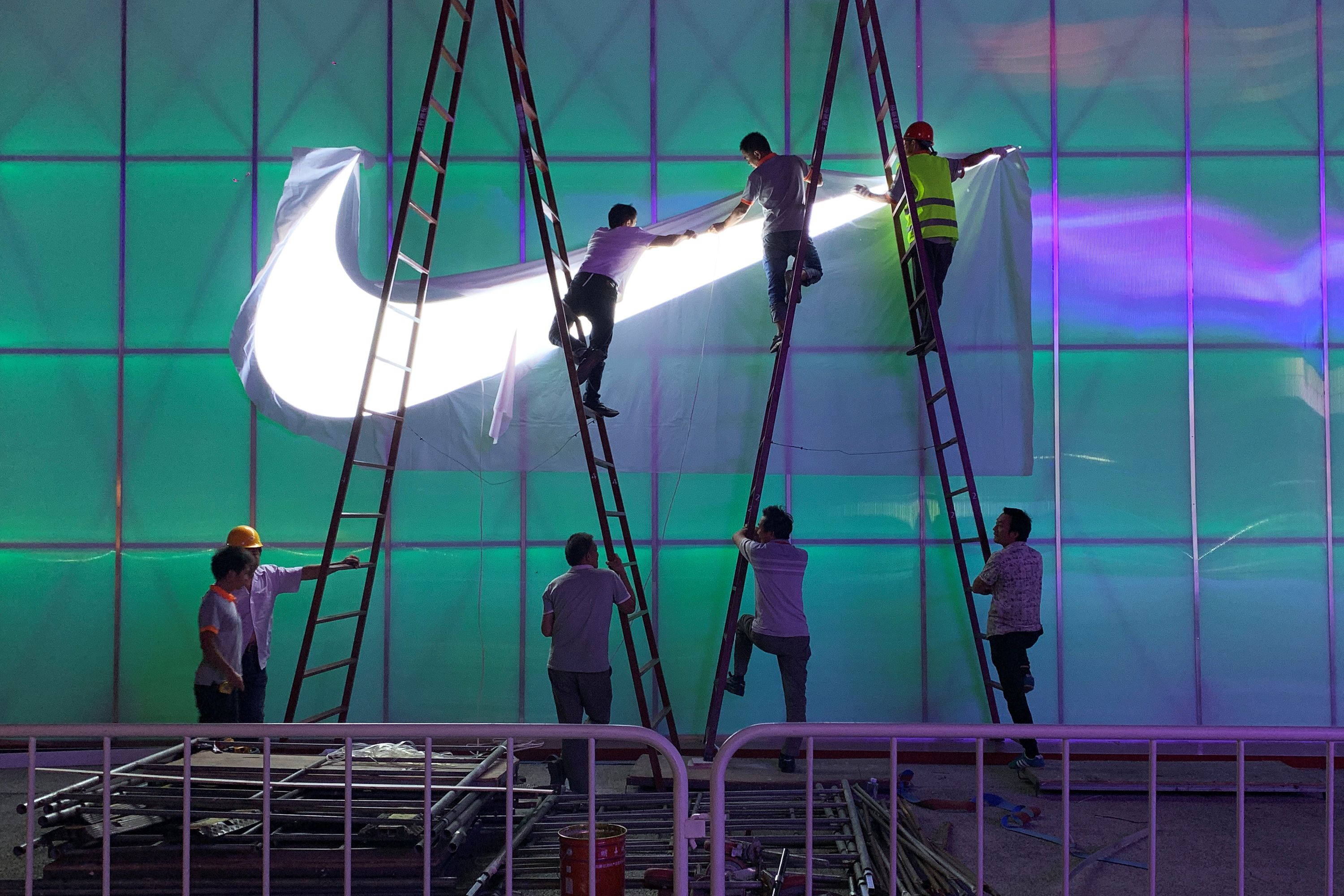 Workers install a Nike logo lamp outside the Wukesong Arena in Beijing, August 28, 2019.

BEIJING — At least on paper, the Chinese government is trying to show how serious it is about improving the local business environment for foreign companies.

Joerg Wuttke, president of the European Union Chamber of Commerce in China, told reporters Friday that based on a preliminary look at the country’s new foreign investment law, “It is surprisingly accommodating to all concerns … we have.”

The law, set to take effect Jan. 1, puts a strong emphasis on preventing Chinese entities from forcing foreign companies to transfer valuable technology in order to do business in China, and also improves protection of trade secrets, Wuttke said.

If fully implemented, these aspects of the law would address two major business complaints that have been cited in the trade dispute between China and the U.S.

We are entering a phase of economic headwinds. These matters (improving environment for foreign business in China) are of great importance to make sure foreign investors find China attractive.

When the foreign investment law was passed at an annual congress in March, some business leaders worried that the new rules were turned into law too quickly — just about three months since the first draft — and contained vague wording that could make enforcement difficult.

Other analysts point out that the challenges for foreign business operations in China center on longstanding issues of state control, which has actually increased after some effort to reduce it.

“Not only does the Chinese state continue support beyond any reasonable limit, they often balk when foreign buyers want to come to the rescue. The ‘not for sale’ sign on Chinese companies is a pillar in the edifice of a state-directed economic system,” Scott Kennedy, senior adviser at the Center for Strategic and International Studies, and Daniel H. Rosen, founding partner of the Rhodium Group, wrote in an Oct. 10 note.

Although the foreign investment law was passed in March, the Chinese government has still been soliciting comments on it.

The EU Chamber received a review copy on Oct. 10 and has 20 days to respond, according to Wuttke. He noted Friday that there is no penalty clause included so far in the implementation, which could indicate the law is incomplete.

This past weekend, closed-door meetings with business leaders about the law were also scheduled with the Ministry of Commerce, General Administration of Customs and the State Administration of Market Supervision at the Qingdao Multinationals Summit in Shandong province, according to the Commerce Ministry.

The Chinese government has reasons other than appeasing trade tensions with the U.S. to improve the business environment for foreign entities. Investment from abroad brings needed capital and jobs into the country, and can also help Chinese industry standards come more in line with globally recognized ones. Notably, Chinese authorities have made some announcements in the last few weeks about removing foreign investment limits in parts of the local financial industry.

“We are entering a phase of economic headwinds. These matters (improving environment for foreign business in China) are of great importance to make sure foreign investors find China attractive,” Wuttke said.

“They are not in a position to throw major money at the economy as we speak,” he said.

Foreign direct investment into mainland China rose 6.5% in yuan terms in the first three quarters of the year, or 2.9% in U.S. dollar terms to $ 100.78 billion, the Ministry of Commerce said last week. The press release named Hong Kong, Macau, Singapore, South Korea and Japan as major sources of investment. The statement didn’t mention the U.S. or EU.