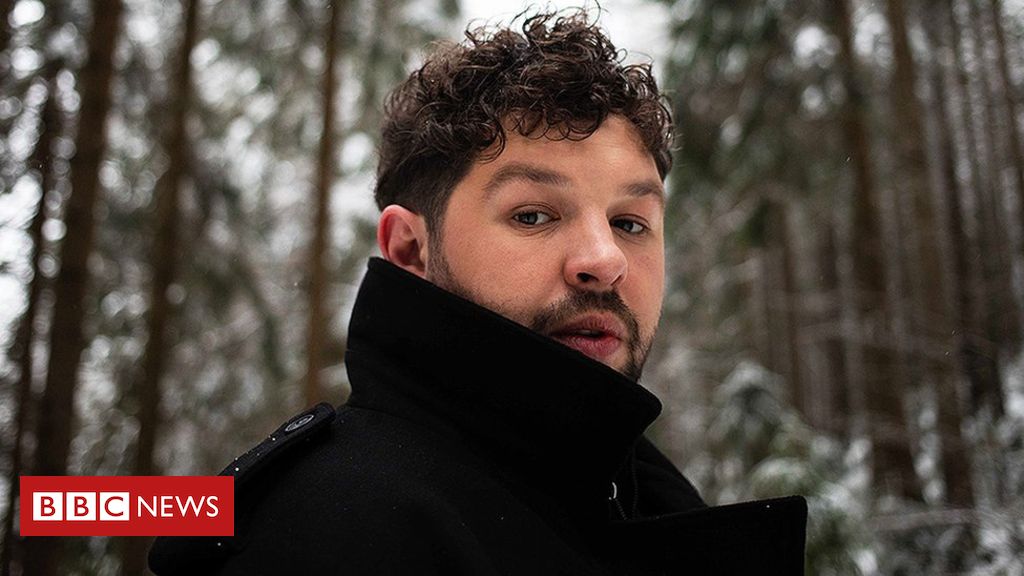 He’ll perform My Last Breath at the event’s final in Rotterdam in The Netherlands on 16 May.

James is a successful pop songwriter and has written for acts including Ed Sheeran and Jess Glynne, and is the older brother of John Newman.

The UK’s looking to improve on 2019’s contest, when Michael Rice’s X-Factor style ballad Bigger Than Us finished in last place.

It marked the fourth time the UK had come bottom of the table but James says he doesn’t feel nervous at that prospect.

He feels his song will “connect” with the audience and says he has a “massive opportunity to get my song out to the world in such a big way”.

James is signed to record label BMG, who the BBC have worked with to select and produce this year’s entry.

After he was approached, James says he had a “little think” before saying yes but decided Eurovision was a “celebration of music”.

While the United Kingdom is still one of the most successful countries in the 63-year history of the contest (five wins in total), its seen little success since its last win in 1997.

Whilst many still associate the event with camp, cheese and tackiness, the modern day contest is a slick production where many countries send their best acts.

Eurovision is the world’s largest live music event, with organisers claiming the 2019 edition was seen by 182 million viewers across 40 markets.

“Since I was a little kid, I’ve always wanted to be an artist and performer myself,” says James. “It just feels like the right time to start putting songs out.”

He says he’s lucky to have a brother like John (Newman) who’s used to performing in front of thousands of people but, with a cheeky smile, he reckons it’s time to show everyone who the “actual good singer” is.

My Last Breath was written in Scotland when he was staying near a loch with his mates (and fellow songwriters) Ed Drewett, Iain James and Adam Argyle.

“We were jumping in the loch every morning. This was January. It was freezing.”

The song was inspired by a documentary about a diver in the North Sea who has to be saved after getting cut off from the rest of his crew, and the video features Dutch cold water swimmer Wim Hof.

“It got us thinking about what you would for other people.”

James Newman also has Eurovision history himself after writing Ireland’s 2017 entry – but it didn’t qualify for the final.

There was a weird moment when Greg James played the UK’s Eurovision song on BBC Radio 1.

There it was, sandwiched between tracks by Harry Styles and Dua Lipa and… it didn’t sound like his show had been hacked.

That’s down to the pedigree of James Newman and his co-writers, who have written hits for some of the UK’s biggest pop exports of the last decade.

My Last Breath ticks all the Eurovision boxes: It’s a mid-tempo banger with a Coldplay-style “woah-oh” hook and a lyric about undying love.

Granted, the central metaphor is weirdly macabre (it concerns two scuba divers running out of air) but somehow that makes it more memorable.

It doesn’t feel like a winner but nor does it feel like an embarrassment. And that, at least, is progress.

Over the past decade, the BBC has tried two strategies for Eurovision, with neither providing amazing results.

The last time the UK actually got into the Eurovision final top ten was in 2009, when Jade Ewen performed the Andrew Lloyd Webber-penned track It’s My Time and came fifth.

This year, the United Kingdom’s strategy has changed once again, with the BBC essentially giving record label BMG free rein to choose the act and curate the performance.

No matter what happens when the votes start rolling in, James says it’s an “amazing thing to be singing something you love in front of all those people.”