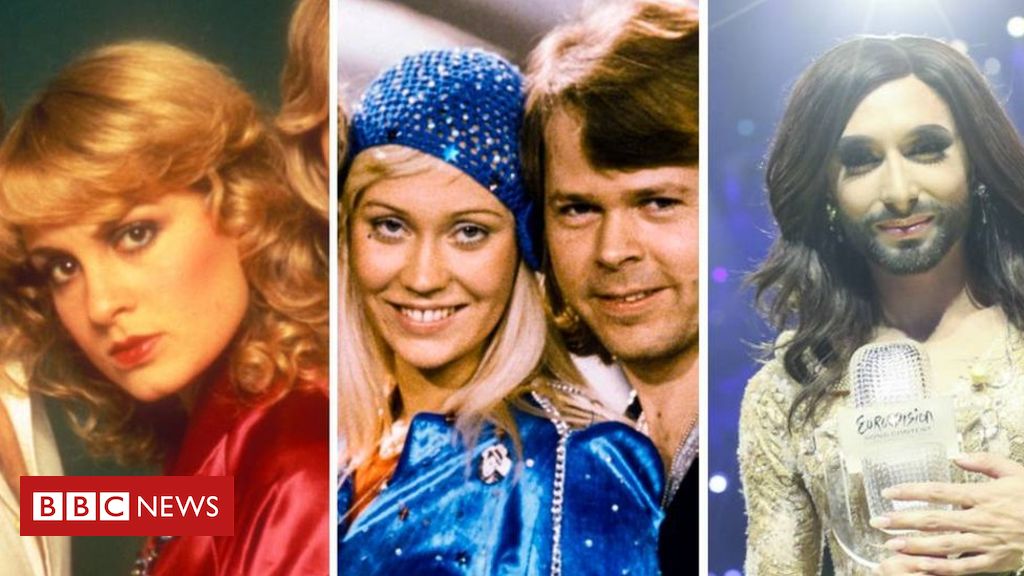 Abba, Bucks Fizz and Conchita Wurst are among the artists to have made the BBC shortlist of the best Eurovision songs.

Saturday’s contest, which was due to be held in the Netherlands, was cancelled due to the coronavirus pandemic.

But the show must go on… and so UK viewers will instead be asked to vote for their all-time favourite on BBC One’s Eurovision: Come Together show.

Afterwards, the Europe Shine a Light show will then showcase all 41 songs that would have competed this year.

It includes the upbeat lovelorn classic Waterloo, by Swedish foursome Abba, which won the competition in 1974.

Bucks Fizz achieved the same feat in 1981 for the UK with Making Your Mind Up, which also makes the cut alongside songs by three other British acts; Katrina and the Waves, Brotherhood of Man and (adopted Brit) Gina G.

Austrian singer and drag queen Conchita Hurst, is shortlisted for the cinematic-sounding Rise Like A Phoenix, which soared above the rest in 2014.

And the most recent winner on the list is Netta’s Toy, which gave Israel the title 2018.

She makes the grade alongside her compatriots Dana International, with her 1998-winning track, Diva.

On the night, viewers will be able to vote online for their favourite, once all of the songs have been broadcast.

The coverage will also see hundreds of British Eurovision fans and some famous faces recreating classic performances from their homes.

Presenter Graham Norton will also speak to James Newman, who was due to represent the UK this year, too.

Eurovision: Come Together is on BBC One from 18:25 BST on Saturday 16 May, followed by Eurovision: Europe Shine a Light at 20:00 BST.