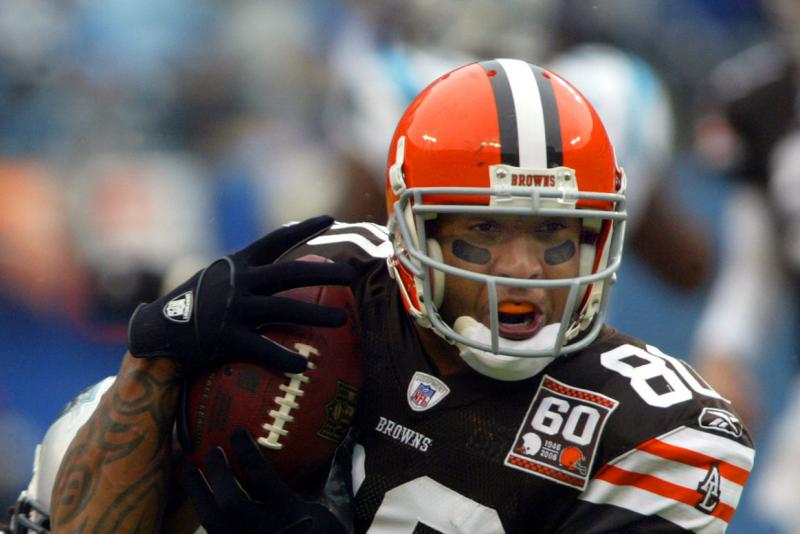 He still faces charges in connection to the rape and kidnapping of a 54-year-old hiker last March and of raping an unconscious 17-year-old girl in 2003 when he was 19.

Winslow was arrested in June 2018 on suspicion of kidnapping and raping the hitchhiker and the two separate 2018 indecent exposure charges.

Wilson was then charged in July of that year for the rape of the 17-year-old after a judge ruled there was sufficient evidence to move forward with the case.

The former first-round draft pick of the Cleveland Browns played 10 years in the NFL before being suspended in 2013 for violating the league’s performance-enhancing drug policy.

He also played for the New York Jets, the New England Patriots and the Tampa Bay Buccaneers.