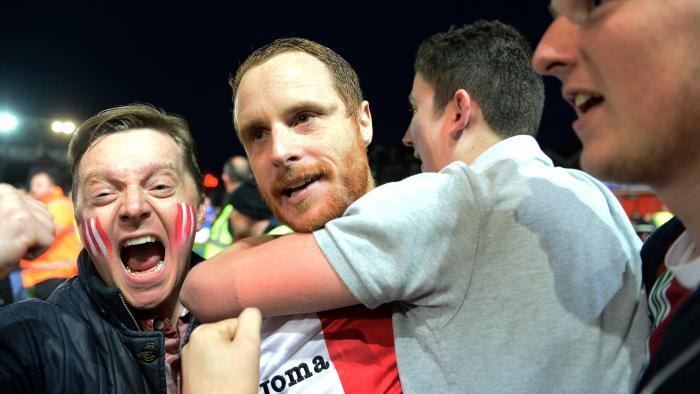 Fans celebrated the win with a pitch invasion

Exeter booked their place in the Sky Bet League Two play-off final with a 3-1 victory over Lincoln at St James Park.

After a goalless draw in the first leg, Exeter held a narrow lead at the break thanks to Jayden Stockley’s neat finish.

Hiram Boateng doubled the home side’s advantage early in the second half before Ryan Harley finished off Lincoln, who did give their travelling fans something to cheer when Matt Green netted late on.

Exeter will face Notts County or Coventry at Wembley on May 28.