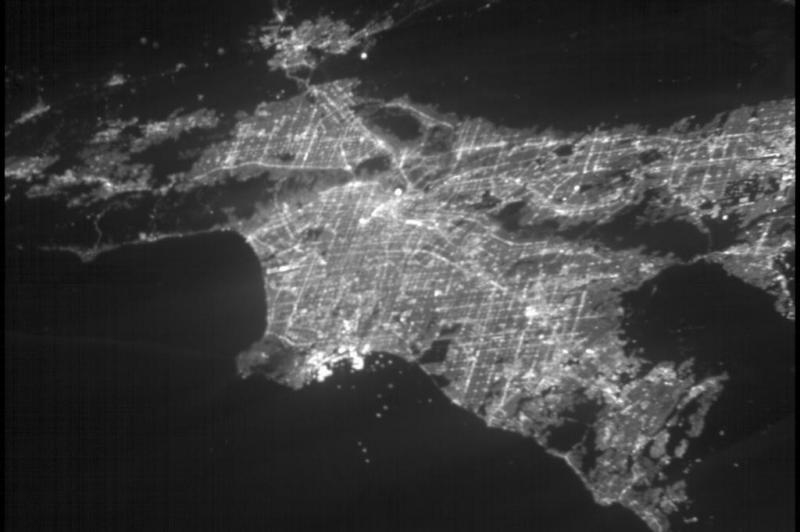 ASTERIA, short for Arcsecond Space Telescope Enabling Research in Astrophysics, is a miniaturized satellite made up of six cubed units measuring 4.5 inches on each size. Most of the time, ASTERIA is pointed away from Earth, searching for alien worlds in the Milky Way, far beyond our own solar system. But in March, the CubeSat trained its camera on the City of Angels.

The newly published photos reveal Los Angeles’ grid of city streets and freeways — lots and lots of freeways — glowing in the night.

On the evening that ASTERIA snapped the photograph, the hometown Dodgers were playing the Arizona Diamondbacks. Dodger Stadium can be seen in the image, a bright spot at the center of the photo.

Jet Propulsion Laboratory, where ASTERIA was designed and built, in Pasadena, seen in the top right quadrant of the photo, just below the darkness of the San Gabriel Mountains.

Last year, ASTERIA passed a number of tests proving its exceptional pointing stability. Currently, the miniaturized satellite is scanning the skies in search of exoplanets.

ASTERIA is designed to hunt for planets using the same strategy as Kepler and NASA’s newest plane-hunter, TESS. The CubeSat records images of bright Sun-like stars. These observations are then analyzed for evidence of periodic dimming, the signature created by orbiting exoplanets as they move across the face of their host star.

“The extended [ASTERIA] mission also provides long-term validation of hardware and software for use on future projects,” according to NASA.