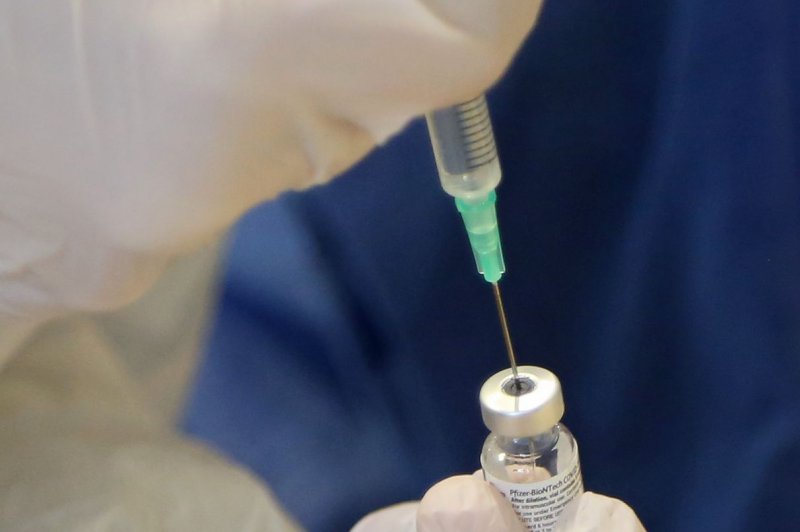 Jan. 28 (UPI) — Rollout of the available COVID-19 vaccines in the United States continues to be slow, due in part to “20 years of disinvestment in the country’s public health infrastructure,” experts said Thursday.

As a result, entire segments of the population have been excluded from vaccination, particularly communities of color, as states scramble to develop their own vaccine rollout plans, public health expert Dr. Chris Beyrer said.

“Although we have two efficacious vaccines due to our very robust biomedical research infrastructure in the United States, our system to deliver these vaccines to the public is nowhere near as advanced,” said Beyrer, a professor of public health and human rights at the Johns Hopkins Bloomberg School of Public Health.

“There is more demand than there is vaccine, and it looks like we are going to be in that phase for many months … even as we are still seeing high rates of community transmission,” he said Thursday during a webinar hosted by the school.

This “period of vaccine scarcity” could persist until August, although the problem is worse in some parts of the country than others, he said.

The Biden administration is attempting to implement a national vaccine distribution plan — the Trump administration opted to leave it to the states to figure out — with the goal of inoculating 100 million people in 100 days.

Through Thursday afternoon, nearly 26.2 million people across the country have received at least one dose of a vaccine against the new coronavirus, but 48.4 million shots have been distributed, according to the U.S. Centers for Disease Control and Prevention.

Both vaccines approved for use in the United States, from Moderna and Pfizer-BioNTech, require two doses for maximum effectiveness.

That two-dose requirement, and the fact that both vaccines need to be stored at extremely cold temperatures, has made distribution particularly challenging.

Anecdotal reports have surfaced of vaccine doses being wasted, with supplies being discarded when people fail to show up for their scheduled appointment, Beyrer said.

Once removed from cold storage and thawed, both vaccines have to be used fairly quickly or they lose effectiveness.

Guidelines regarding who to prioritize for COVID-19 vaccination were “perhaps too restrictive at the beginning,” which may have led to facilities “throwing away doses instead of immunizing people,” Beyrer said.

These issues could resolve as single-dose vaccines that don’t have the same rigorous storage requirements become available later this year, he said.

Vaccination priorities have largely ignored communities of color, which have had disproportionately higher infection rates since the start of the pandemic, said Monica Schoch-Spana, a medical anthropologist and senior scholar at the Johns Hopkins Center for Health Security.

As part of efforts to ensure an “equitable” rollout of the vaccines, health agencies need to be given the funding and support to partner with community groups across the country to educate the public on vaccine safety, she said.

In particular, these efforts need to be aimed at addressing the high levels of “vaccine hesitancy” among Black Americans, who remain “skeptical toward [health] institutions” for historical reasons, Schoch-Spana said.

“We are still in an extraordinarily dangerous time for public health, and we can’t be in a situation where whole segments of the population aren’t vaccinated — “not if we hope to end the pandemic,” Beyrer said.