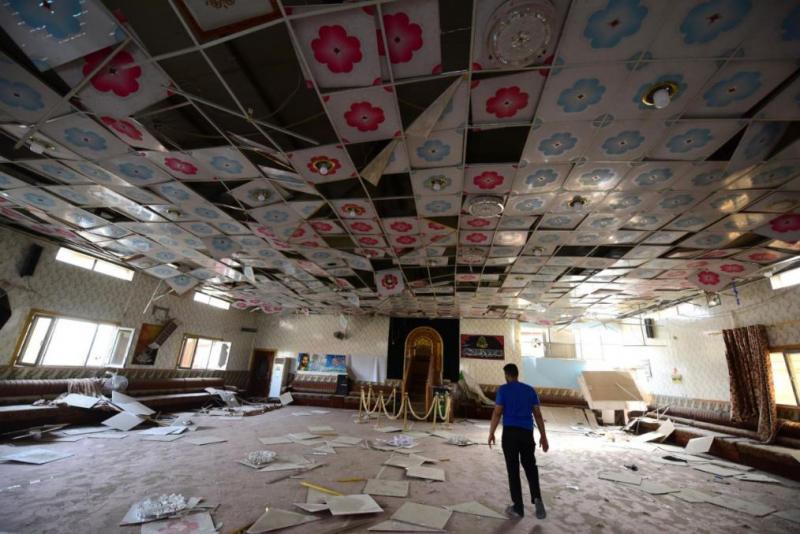 Aug. 14 (UPI) — Explosions in a Baghdad munitions depot this week were said to be deliberate by a former Iraqi minister who blamed them on Israel.

A weapons storage facility at the Saqr military base in southern Baghdad exploded. Adjacent to a mosque, it is used by federal police and the Popular Mobilization Forces, a state-sponsored umbrella group of local militias. Those militias include pro-Iranian forces, including the Iraqi Shiite group Kata’ib Sayyid Al-Shuhada, or the Sayyid of Martyrs Battalion.

The blasts on Monday killed one person and injured 37.

The incident prompted the firing of short-range Katyusha rockets in several directions and caused panic in areas south of Baghdad. Local civil defense teams closed streets to restore order, and the Iraqi military maintained a high alert until Tuesday.

“We believe they are weapons we were holding onto for a neighboring state and they were targeted by an oppressive colonial state on the basis of a treasonous Iraqi act,” former Iraqi deputy Prime Minister Baha al-Araji wrote on Twitter on Tuesday, in a reference to Israel.

An unidentified security source told a London-based Arabic-language newspaper that Israel was behind the blast.

“All indications point to Israel, perhaps with the support of the United States, completing what it started in Syria in terms of targeting sites with Iranian forces,” the source said. “It is clear that we are in the midst of a real battle between Israel and the United States against Iran and its allies in Iraq. It is clear that the two sides chose Iraq to be the place for their unannounced battle.”

A spokesman for Ansar Allah al-Awfiya, another of the militias, blamed a U.S. drone for the explosion.

It is the third time this summer that airstrikes or similar offensive actions have occurred in Iraq against arsenals of pro-Iranian groups, and each time, Israel and the United States have been blamed.

The explosion Monday is the 16th in three years in Iraq which targeted stocks of military equipment belonging to pro-Iranian forces.

The Israel Defense Force did not comment on Monday’s incident. Israel has long proclaimed its right to defend itself by targeting positions held by Iran and Lebanon’s Hezbollah.

Israeli Prime Minister Benjamin Netanyahu warned the United Nations General Assembly in 2018 that Israel would defend itself against Iran in Syria, Lebanon, Iraq and “wherever we must act to defend our state and defend our people.”