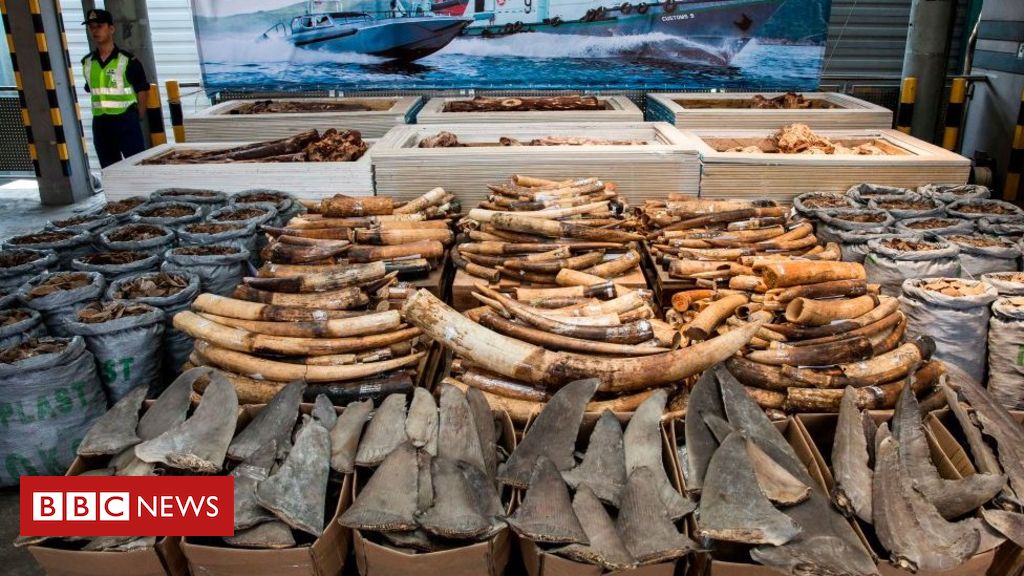 Conservationists say a key wildlife summit could be the “last chance saloon” for saving sharks and rays pushed to extinction by the shark fin trade.

About 100 million sharks are estimated to be killed each year for their fins and meat.

These include mako sharks and the little-known “rhino rays”.

Wedgefish and guitarfish are collectively known as “rhino rays”, because of their elongated snouts. They are now the most endangered marine fish group, according to a recent scientific assessment.

“With this new science just come out, fresh in everyone’s minds a month ago, on these wedgefish and guitarfish, it’s clearly last chance saloon for them,” Luke Warwick of the Wildlife Conservation Society told BBC News.

The fins of wedgefish and guitarfish can be worth as much as a thousand dollars a kilogramme, he said, making them one of the most highly-valued species in the shark fin trade.

There are proposals to add a further 18 sharks and rays to Appendix II of The Convention on International Trade in Endangered Species of Wild Fauna and Flora (Cites).

If passed, this would mean countries would have to ensure that all continued trade was sustainable and legal.

Parties are meeting in Geneva for a second week of discussions.

Sharks and rays: The facts on the “rhinos of the seas”

A number of shark species were listed for the first time six years ago at the Cites meeting in Thailand.

The latest proposals include listings for two species of mako shark – the longfin and shortfin, which are sold for their high value “steak” meat.

“They should number in the tens of millions in all of the world’s oceans and we’re taking them out by the hundreds of thousands or millions a year, so it’s even looking bad for these highly migratory much more abundant sharks,” said Luke Warwick.

The Cites agenda has so far been dominated by discussions on the protection of large charismatic animals like the elephant and the giraffe.

Countries voted on Thursday to regulate international trade in giraffes, an endangered species, and in their skins and other parts.

A decision was also taken to continue to push countries to close their domestic ivory markets.