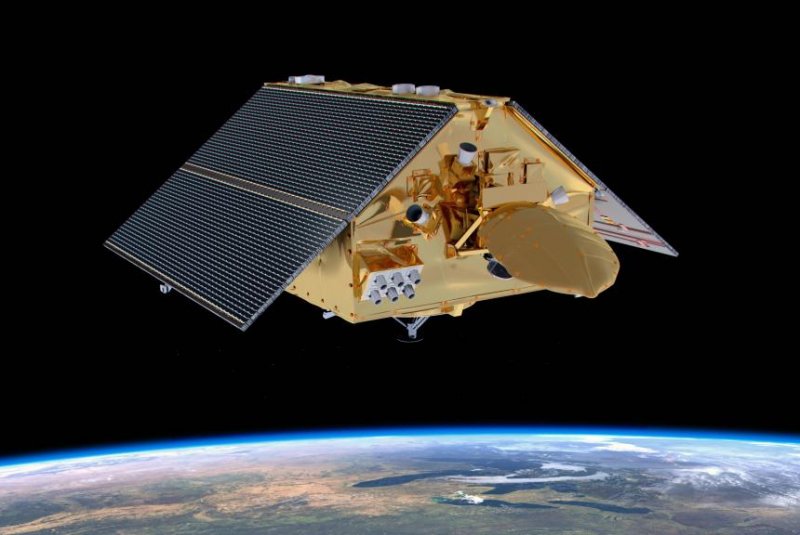 Liftoff from Vandenberg Air Force Base took place at 12:17 p.m. EST. The reusable Falcon 9 rocket landed around 12:25 p.m. EST and the satellite separated about an hour after liftoff.

NASA said it received its first signal from the deployed satellite.

Sentinel-6 was developed by scientists and engineers at NASA, the European Space Agency, the European Organization for the Exploitation of Meteorological Satellites and NOAA.

The satellite houses a trio of instruments, including a state-of-the-art altimeter, that will be used to monitor the topography of the sea surface.

It also will record atmospheric data, like temperature and humidity, that will improve weather forecasts, climate models and hurricane tracking.

“It’s going to be a new star in the sky, giving us the best possible measurements of sea level rise, ocean waves and wind,” Craig Donlon, Sentinel-6 mission scientist with ESA, said during a press conference Friday.

Just a few minutes after liftoff, the main stage cut its engines and the first and second stages separated. After separation, the second stage, carrying the satellite payload, ignited its boosters.

Forty-five minutes after the initial second stage engine burn, the second stage’s thrusters fired once more, carrying the payload into a “parking” orbit. A few minutes later, the satellite was released.

“The satellite will begin solar panel deployment about one hour and seven minutes post-launch and is expected to make first contact about 25 minutes after that,” according to NASA.

Sentinel-6 will follow the polar orbit of its predecessors, offering continuity to NASA’s 30-year effort to track sea level rise.

After a year of data analysis to make sure the satellite and its instruments are performing optimally, scientists will begin utilizing Sentinel-6’s data. All of the satellite’s measurements will be publicly available.

Sentinel-6 will eventually be replaced by its twin satellite, Sentinel-6B, which is scheduled to launch in 2025.