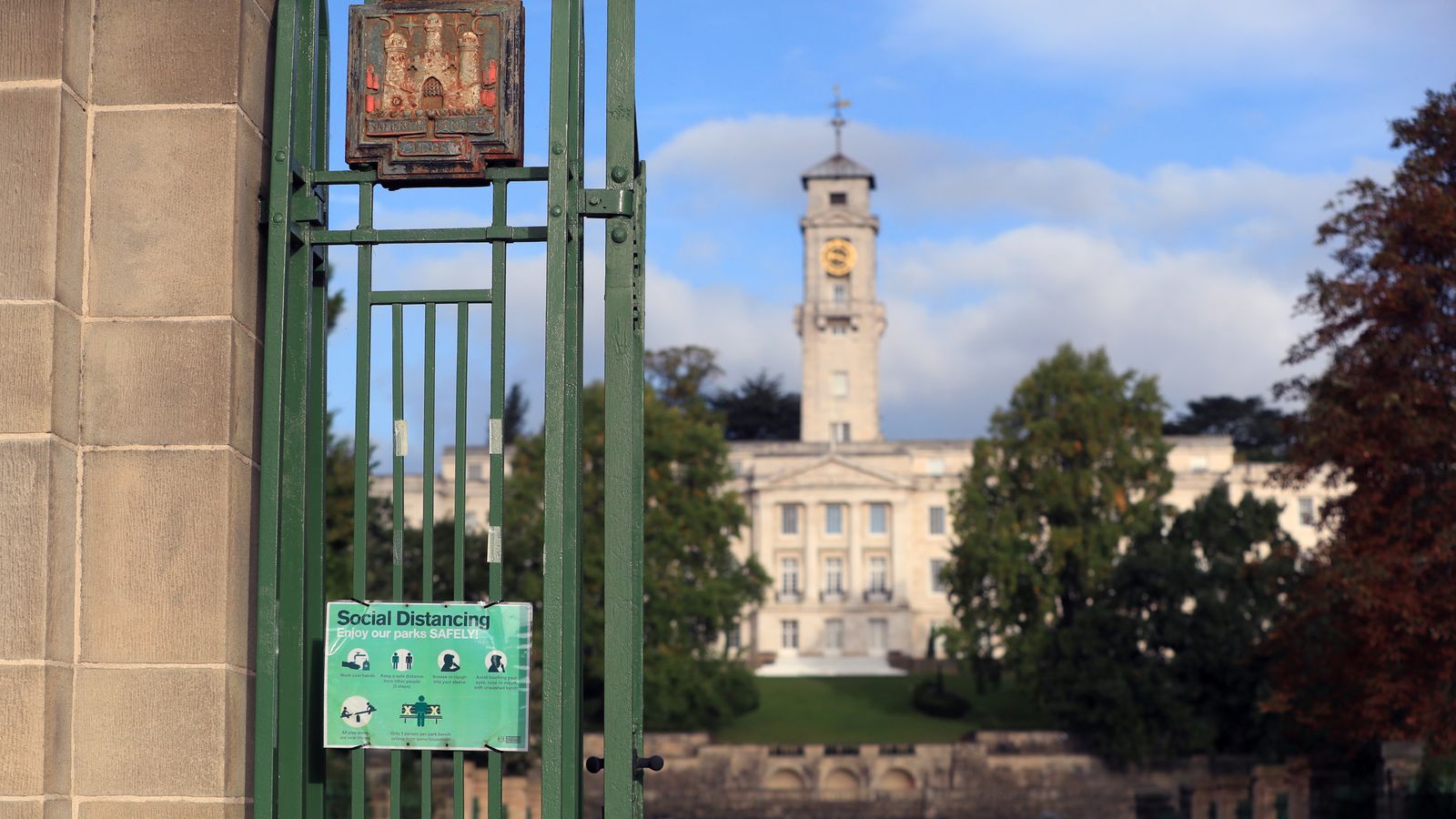 Falling rates of COVID-19 among students could be masking an underlying epidemic, research by Sky News has revealed.

The Greater Manchester mayor Andy Burnham said this week that Tier 3 restrictions were unnecessary because cases in the city were falling.

Our analysis suggests that’s true when looking at city-wide data. But in fact, the downward trend appears to be because of a sharp fall in cases in areas with a higher density of students.

In other parts of the city, which are likely to have a greater proportion of elderly people at risk of more serious disease, cases are still rising.

That will be a serious concern for hospitals that are increasingly stretched by the combination of COVID-19 and other winter illnesses.

We looked at small grids of the city called Middle Layer Super Output Areas (MSOA), each of which are home to just a few thousand people. It is as granular as you can go when studying the epidemic.

Across the city, cases began to climb at the start of September. When students arrived in the middle of the month, there was an explosion of cases in those MSOAs containing university halls of residence.

But cases have fallen almost as quickly as they rose, almost certainly because thousands of students were forced to isolate and the virus burned itself out.

Meanwhile, other areas of the city have seen slow and steady rises in cases.

So far there is no sign that measures such as the rule of six, which dates back to 14 September, have had any effect.

The pattern is mirrored in Sheffield, with a sharp rise and fall in infections in MSOAs with halls of residence in them. But once again, cases are still steadily rising elsewhere in the city.

In Nottingham and Liverpool, rates in university areas also hit a high peak when students returned, and are now falling. There are signs that infection rates are also easing off in non-student areas, though far more slowly.

Our findings underline how important it is to look not just at the headline city-wide number of cases, but also at who is becoming infected. Otherwise local lockdowns could be imposed, or lifted, too soon.

Manchester and Liverpool are already under tight Tier 3 controls, Sheffield will be under the strict measures from Saturday, and talks between the government and local leaders are continuing about Nottingham also entering the highest level of controls.