Sept. 14 (UPI) — Marlon Mack sustained a season-ending injury in Week 1. The injury shakes up the Indianapolis Colts backfield and makes Nyheim Hines one of my top fantasy football addition in all leagues entering Week 2 of the NFL season.

Many other players had stellar Week 1 performances and should be added in all leagues. You also should monitor the roster of your Week 2 opponent so you can attempt to keep them from adding players they could use to beat you in your next game.

Waiver wire additions should either be players who can contribute to your roster immediately or players you can put on your bench in hopes that they provide value down the road.

Gardner Minshew of the Jacksonville Jaguars is my top quarterback target from the waiver wire for Week 2. Minshew completed 19 of 20 passes for 173 yards and three touchdowns in a Week 1 win over the Indianapolis Colts.

He has another tough matchup in Week 2 against the Tennessee Titans, but I think he will post another multi-touchdown performance. Minshew should only be added if you need help at the quarterback position and can use a streamer.

Los Angeles Rams running back Malcolm Brown is a solid player to add to your bench after he had 110 yards from scrimmage and two touchdowns on 21 touches in Week 1.

The Rams should feed Brown again in Week 1 against the Philadelphia Eagles, who just allowed two scores to Peyton Barber of the Washington Football Team. Brown is worth a start at RB2 or the flex position in Week 2 if you are in a deeper league.

Indianapolis Colts running backs Nyheim Hines and Jonathan Taylor likely will split the workload after the loss of Marlon Mack. Taylor is the more appealing option, but is probably owned in your league.

I would put in a claim for Hines, especially if you are in a points-per-reception format. The Colts running back should provide solid RB2/flex production if you are in a league with at least 12 teams.

Green Bay Packers quarterback Aaron Rodgers praised wide receiver Marquez Valdes-Scantling all off-season and showcased their connection in Week 1. Valdes-Scantling had 96 yards and a score on four catches in the Packers’ season-opening win over the Minnesota Vikings.

He should have another solid day in Week 2 against the Detroit Lions, who just allowed three touchdowns to Chicago Bears quarterback Mitch Trubisky.

Valdes-Scantling is worth a start as a WR3 streamer in Week 2.

Rob Gronkowski has gotten most of the attention this year when it comes to Tampa Bay Buccaneers tight ends, but O.J. Howard might be the player you want in fantasy football.

Tom Brady connected with Howard four times for 36 yards and a score in Week 1. Gronkowski totaled just 11 yards on two catches in the loss.

I prefer Howard’s athleticism over Gronkowski’s at this stage of his career. Howard is a must-own in leagues that require starting tight ends. He should be considered a TE1 streamer in Week 2, when the Buccaneers host the Carolina Panthers. 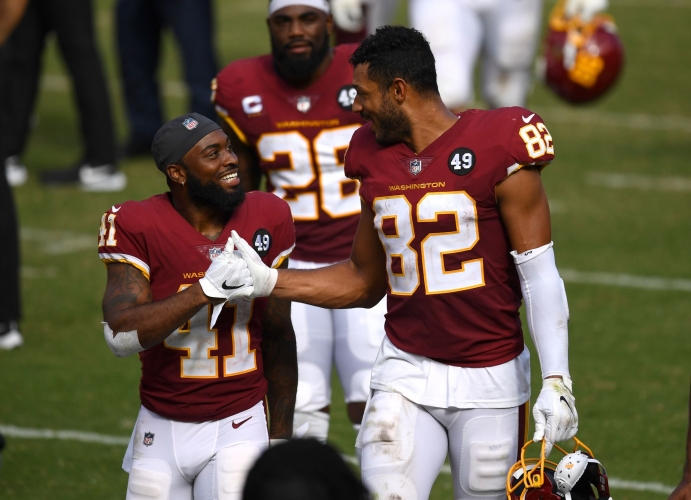