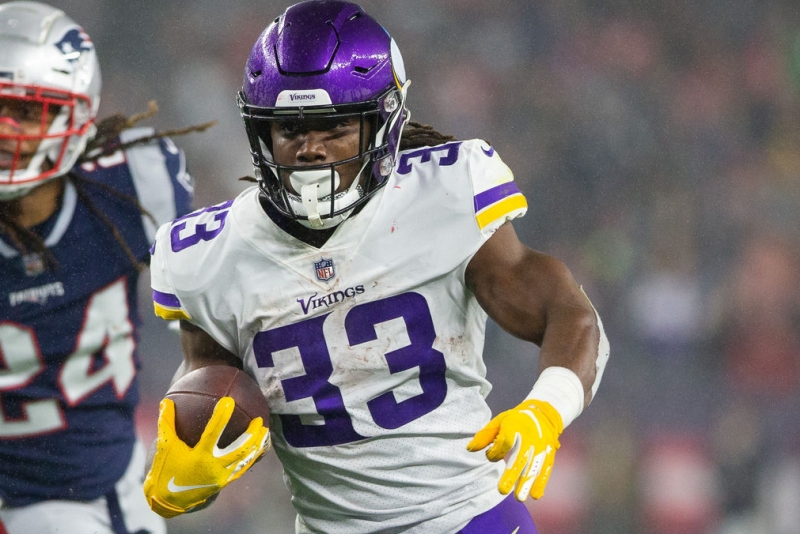 Plenty of other running backs with great matchups this week are available outside of the elite names. Try to find a player who will get a lot of carriers, targets in the passing game or goal line work and has a good Week 1 matchup.

Las Vegas Raiders running back Josh Jacobs is the focal point of his team’s offense. The second-year workhorse had 1,316 yards from scrimmage and seven scores during his rookie campaign and I expect him to improve on those numbers in 2020.

He should be in all lineups in Week 1 as the Raiders face a Carolina Panthers defense that allowed more fantasy points to running backs than any other NFL team last season. Jacobs is an elite RB1 and my No. 3 player at the position this week.

Clyde Edwards-Helaire should be one of the most-exciting rookies to watch this season as his skillset appears to be a perfect fit for the Kansas City Chiefs offense.

The Texans also allowed the seventh-most fantasy points to the position last season. Edwards-Helaire should showcase his versatility right out of the gate.

David Johnson was an overlooked part of the trade that sent former Houston Texans wide receiver DeAndre Hopkins to the Arizona Cardinals, but he could have a huge impact on his new Texas team.

I have Johnson at No. 14 in my Week 1 running back rankings as a fringe RB1 in deeper leagues and a great RB2 or flex play in other formats. I expect the Texans to spread the ball around a bit more this season and maximize Johnson’s talent as a pass catcher.

The Texans’ Week 1 game against the Chiefs should also be a shootout and the Chiefs allowed the most receiving yards and sixth-most fantasy points to running backs in 2019. Start Johnson with confidence .

Indianapolis Colts running back Marlon Mack still has the No. 1 spot on his team’s depth chart, but was underdrafted in many leagues due to the presence of rookie Jonathan Taylor.

I have Mack as my No. 19 running back in Week 1 because I expect him to still see a healthy amount of work when the Colts battle the Jacksonville Jaguars, a unit that allowed the second-most fantasy points to running backs in 2019.

Mack is a solid RB2 play in Week 1, but is a better option in standard scoring leagues.

The New England Patriots backfield appeared crowded at times this off-season, but has now thinned after the team released Lamar Miller and placed Damien Harris on injured reserve.

Sony Michel and James White are listed as co-starters on the Patriots depth chart, but I like White as a season-long option. I also have White as my No. 22 running back in Week 1, when the Patriots face a Miami Dolphins team that allowed the third-most rushing yards and fifth-most fantasy points to running backs last season.

I expect White to post RB2/flex slot numbers and surpass 100 yards from scrimmage in Week 1.

Chicago Bears starting running back David Montgomery’s status for Week 1 is still in doubt after he went down to an injury during training camp. Tarik Cohen has worked as the Bears passing-downs back and should see a larger workload until Montgomery returns to full health.

I have Cohen as my No. 27 option in Week 1. The Bears face a Detroit Lions unit that tied for allowing the most touchdowns and allowed the second-most receiving yards to running backs last season. This game script is written for Cohen, who also should surpass 100 yards from scrimmage in Week 1.

16. Miles Sanders, Philadelphia Eagles at WAS