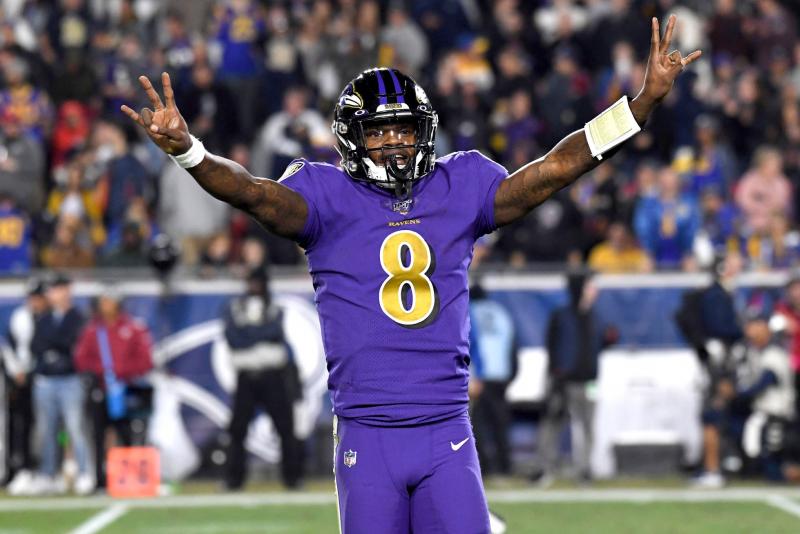 Dec. 11 (UPI) — Which quarterback will you choose for the fantasy football semifinals? There are several elite gunslingers with tough matchups, while up-and-coming options have great matchups.

Do you have the guts to bench a proven commodity for someone who might post more points and help you get to the championship? It’s crunch time in the fantasy football playoffs and those big decisions have to be made. My top 20 quarterback rankings can help make those decisions easier.

Remember to make your lineup decisions based on a combination of factors: recent production, player skill level, role in offense and matchup.

Here are some of my favorite players in this week’s top 20 quarterback rankings:

Lamar Jackson is likely going to win the NFL MVP award. He was probably a steal in your league’s draft. The Baltimore Ravens quarterback should reward the owners who drafted him in the semifinals, logging a huge performance against the New York Jets. The Jets rank in the middle of the pack when it comes to allowing fantasy points to quarterbacks, but Jackson can’t be stopped. He just threw three touchdown passes against the Buffalo Bills, one of the league’s top pass defenses. He should be able to throw multiple scores and get close to 100 rushing yards in what will likely be a lopsided victory. Jackson is my top quarterback for Week 15.

Tampa Bay Buccaneers quarterback Jameis Winston is my No. 3 option for Week 15. He will be without Mike Evans this week, but I still see Winston posting huge numbers against the Detroit Lions. The Lions have allowed the third-most passing yards and eighth-most fantasy points per game to quarterbacks. Start Winston as an elite QB1 in the semifinals.

Tennessee Titans quarterback Ryan Tannehill has been on a roll since earning the starting job in Week 7. He has thrown multiple touchdown passes in six of his seven starts. He threw for a season-high 391 yards and three scores in Week 14. Tannehill is my No. 6 quarterback in Week 15. I expect Derrick Henry to run wild in this matchup and open the field up for Tannehill. You can start him with confidence in the semifinals.

Oakland Raiders gunslinger Derek Carr is another player who has a great matchup in Week 15. The Raiders face the Jacksonville Jaguars, a unit allowing the 11th-most fantasy points per game to quarterbacks. Carr threw multiple touchdowns in a game for the first time since Week 9 in last week’s loss to the Tennessee Titans. He has a good shot at doing it again in what should be a close game against the Jaguars. Carr is my No. 11 quarterback for Week 15.

Miami Dolphins quarterback Ryan Fitzpatrick comes in at No. 16 in my Week 15 rankings. I wouldn’t start Fitzpatrick unless you are desperate, but you could do worse at the quarterback slot. Fitzpatrick had back-to-back games with multiple touchdown passes before failing to throw a touchdown in Week 14. I think he will rebound in Week 15 against the New York Giants, a unit allowing the seventh-most fantasy points per game to quarterbacks.

The New York Giants turned back to Eli Manning in Week 14. The veteran quarterback threw for 203 yards and two scores against the Philadelphia Eagles. This week he has a matchup against the Miami Dolphins, a defense that has allowed the second-most touchdown passes and third-most fantasy points per game to quarterbacks. I expect this game to be close, with Manning finding the end zone at least twice. He is my No. 17 option for Week 15, landing in low-end QB1 territory in deeper leagues.

15. Carson Wentz, Philadelphia Eagles at WAS

18. Jacoby Brissett, Indianapolis Colts at NO