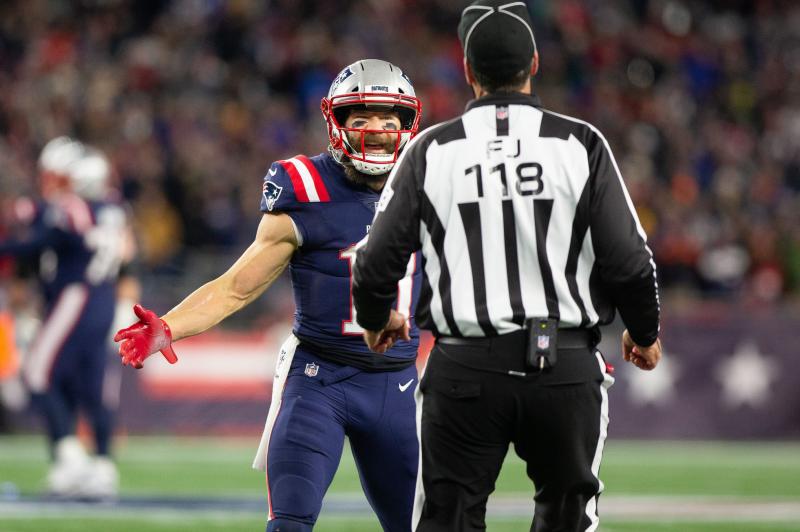 Dec. 10 (UPI) — Congratulations if you are still invested in a fantasy football team. Most leagues have now reached the semifinals, meaning you are one win away from an appearance in your league’s championship.

Don’t second guess yourself at this point. Remember the players who have helped you get this far. You still shouldn’t ignore matchups entering the Week 15 games. Shy away from players who are facing tough defenses, but only if you are deciding between two players with similar skill levels and opportunities in their respective offenses.

You should target players who have a good chance to score a touchdown and get a lot of looks from their respective quarterbacks, when considering who to start at wide receiver.

New Orleans Saints star Michael Thomas has taken his game to another level this season. The fourth-year wide receiver leads the NFL with 121 catches and 1,424 yards. He has broken several records along the way and could still set the record for catches in a single season, which is at 143.

Thomas has produced like a first round fantasy football draft pick all season. He has scored in four of his last six games. Thomas should never be removed from your lineup and he will provide you with a great advantage in Week 15 when he faces the Indianapolis Colts, a defense tied for allowing the eighth-most fantasy points per game to wide receivers. Thomas is my top wide receiver this week.

Keenan Allen has produced more consistently in the last few games compared to how he performed from Week 4 through Week 9. If you managed to make it this far with Allen on your roster, you have to throw him out there again in Week 15.

The Los Angeles Chargers are set to take on the Minnesota Vikings. The Vikings are tied with the Indianapolis Colts for allowing the eighth-most fantasy points per game to wide receivers. Allen scored in back-to-back games before catching five passes for 83 yards in Week 14. I can see him getting into the end zone once again against the Vikings. He is my No. 5 wide receiver this week, landing in WR1 territory.

The New England Patriots are on a two-game losing streak and have been anything but explosive on offense over the last few months. Still, you have to believe the Patriots can turn it around in time for the playoffs. I think they start the turnaround in Week 15 against the Cincinnati Bengals.

I expect Tom Brady and Julian Edelman to dominate the Bengals defense in this Sunday matchup. The Bengals haven’t been terrible in defending opposing wide receivers, but I don’t think the Cincinnati offense will be able to stay on the field, maximizing Brady’s opportunities to find Edelman. Edelman is my No. 7 wide receiver this week and can be used as a WR1 in the fantasy football playoffs.

Detroit Lions wide receiver Kenny Golladay lands at No. 14 in my rankings. The low-end WR1/high-end WR2 has scored in back-to-back games entering his Week 15 showdown against the Tampa Bay Buccaneers. The Buccaneers are allowing the most fantasy points per game to wide receivers. Golladay should put up huge numbers in this matchup, giving you a boost over your opponent at the wide receiver position.

Washington Redskins rookie Terry McLaurin is my No. 21 option for Week 15, landing in WR2 territory. McLaurin scored for the first time since Week 6 in the Redskins’ Week 14 loss to the Green Bay Packers. He should have plenty of opportunities to produce more fantasy football fireworks in Week 15 against the Philadelphia Eagles.

The Eagles are allowing the second-most fantasy points per game to wide receivers. They also allowed 125 yards and a score to McLauren in Week 1. I wouldn’t be surprised if McLauren puts up WR1 numbers, but he is a safe play as a WR2.

Miami Dolphins veteran Allen Hurns only has two touchdowns this season, but had a season-high 68 yards and five catches in Week 14. I see his role in the offense increasing in Week 15, as the Dolphins travel for a matchup against the New York Giants.

The Giants have allowed the second-most receiving yards and are allowing the fifth-most fantasy points per game to wide receivers. Hurns sits at No. 28 in my Week 15 rankings. He can be used as a WR3 in deeper leagues.

20. Zach Pascal, Indianapolis Colts at NO

42. Marcus Johnson, Indianapolis Colts at NO