Stefon Diggs, Allen Robinson, Cooper Kupp, Davante Adams and JuJu Smith-Schuster round out my Top 10 options for Week 6. Terry McLaurin, Will Fuller, Mecole Hardman and Jarvis Landry also are among my favorite starts this week.

You should target players who have a good chance to score a touchdown and get a lot of looks from their respective quarterbacks when considering who to start at wide receiver.

Los Angeles Chargers, Las Vegas Raiders, New Orleans Saints and Seattle Seahawks players should be removed from starting lineups as they have Week 6 byes. Monitor the status for each of your players’ games this week as the coronavirus pandemic continues to impact the NFL schedule

Check out my weekly waiver wire article for candidates to add to your roster before your Week 6 matchup.

Tyreek Hill is a Top 5 option most weeks, but I have him as my top wide receiver for Week 6. The Kansas City Chiefs will play without Sammy Watkins this week, which should result in more targets for Hill. Hill has also scored in every game this season.

I expect that streak to continue Sunday when the Chiefs battle a Buffalo Bills defense that was torched by Las Vegas Raiders quarterback Derek Carr in Week 4 and by Jared Goff and Ryan Fitzpatrick in the two games before that. I expect Patrick Mahomes to have his way with this defense, which will benefit all Chiefs pass catchers.

Atlanta Falcons wide receiver Calvin Ridley is my No. 3 wide receiver in Week 6. Ridley has four touchdowns this season, but hasn’t scored since Week 2. I expect a rebound performance in Week 6 when the Falcons face a Minnesota Vikings defense that has allowed the fourth-most fantasy points per game and a league-high nine touchdowns to wide receivers.

Ridley should get into the end zone in this matchup.

Terry McLaurin has had a productive season so far despite poor quarterback play from the Washington Football Team. I expect the Washington wide receiver to finish the week as a WR1 in fantasy football due to a Week 6 matchup against a New York Giants defense that has struggled in recent weeks.

I also expect this game to be a shootout. McLaurin is my No. 12 option.

Houston Texans wide receiver Will Fuller has scored in three consecutive games as he heads into a Week 6 matchup against the Tennessee Titans. I have Fuller as my No. 13 option at the position.

The Titans allowed three touchdowns to wide receivers through the first three weeks of the season. Fuller should grab another score and provide low-end WR1 or high-end WR2 value in Week 6.

Kansas City Chiefs wide receiver Mecole Hardman also should benefit from Sammy Watkins’ absence in Week 6. I expect Hardman to see a ton of looks from Chiefs quarterback Patrick Mahomes in a matchup against the Buffalo Bills. The Bills likely will sell out in defending Tyreek Hill and Travis Kelce, which should allow Hardman to draw favorable coverage.

Hardman is my No. 23 option this week and should provide WR2 value in leagues with at least 12 teams.

Cleveland Browns wide receiver Jarvis Landry is one of my favorite sleeper plays in Week 6. Landry had a season-high 88 yards of four catches in Week 5.

I expect him to haul in more catches and score a touchdown this week. The Browns have a matchup against the Pittsburgh Steelers, who have allowed the fifth-most fantasy points per game to wide receivers.

13. Will Fuller, Houston Texans at TEN 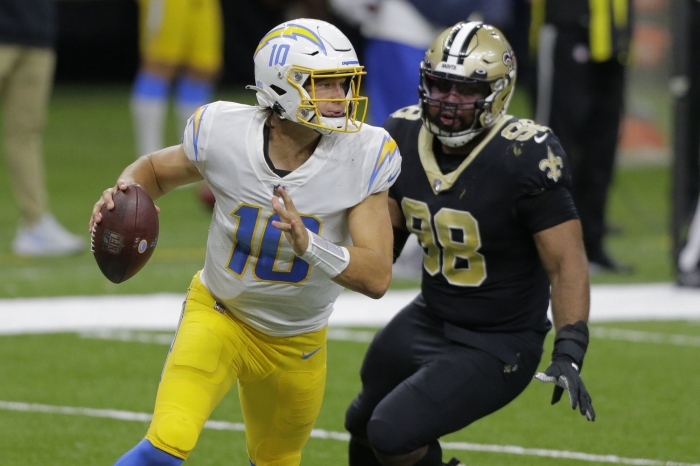