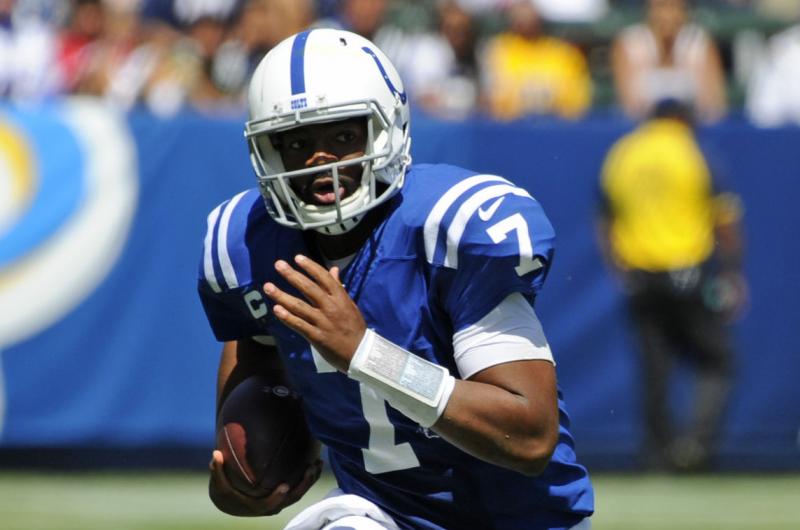 Oct. 22 (UPI) — It is now the point in the fantasy football season when you might know if your team has a shot at the playoffs or if you are way out of contention. But there are still plenty of teams on the fringe, needing vital wins each week to try to clinch a postseason spot.

Making the right trades and waiver wire moves down the stretch can make the difference between a win and a loss on any given Sunday.

Even if you aren’t targeting a player to use immediately, you also should be thinking about long-term value when scanning your waiver wire for potential pickups. The Dallas Cowboys and Baltimore Ravens have Week 8 byes, so take players from those teams out of your lineup.

You should also be making speculative adds to your bench, opening the door for a new breakout star if one of his teammates gets injured.

Indianapolis Colts quarterback Jacoby Brissett just keeps producing. He had a down week in Week 5, but has thrown multiple touchdown passes in every other game this season. He erupted for 326 yards and four scores in the Colts’ big Week 7 win against the Houston Texans. He has a tough matchup this week against the Denver Broncos, but I still believe in his talent and the Colts’ offense. Brissett is a great bye week fill in if you have Dak Prescott or Lamar Jackson, but can also be used down the road for future bye weeks. I would also snag the Colts quarterback for your bench if you notice any of your future opponents might need a quarterback.

The Tampa Bay Buccaneers had a Week 7 bye, so Ronald Jones might have been dropped in your league. Add Jones to your roster if he is available. He could be a great bye week fill in and has some boom potential down the stretch if the Buccaneers’ offense reignites. The Buccaneers have two difficult road matchups on the schedule before hosting several beatable defenses. Now is the chance to snag Jones for your bench, if you have the space. Don’t wait on him to explode because your could miss out on an electric talent.

The Tennessee Titans appear to have found some consistency at the quarterback position after naming Ryan Tannehill the starter. Tannehill has been very accurate and productive during his two appearances this season. The former Miami Dolphins quarterback completed 79.3 percent of his throws for 312 yards and two touchdowns in Week 7 against the Los Angeles Chargers. Tannehill’s production means wide receivers A.J. Brown and Corey Davis should be more productive going forward. I like Brown as a bye week fill in WR3 down the stretch, especially this week against the Tampa Bay Buccaneers. The Buccaneers are allowing the third-most fantasy points per game to opposing wide receivers.

Rookie T.J. Hockenson had a brilliant NFL debut in Week 1 but hasn’t eclipsed 32 yards in a game since. He might have been dropped in your league. Pick him up if he is available in a league that requires starting tight ends. The Detroit Lions pass-catcher is due for another strong showing. The Lions have some solid matchups in the next few weeks, making Hockenson a strong bye week fill in or matchup play going forward.