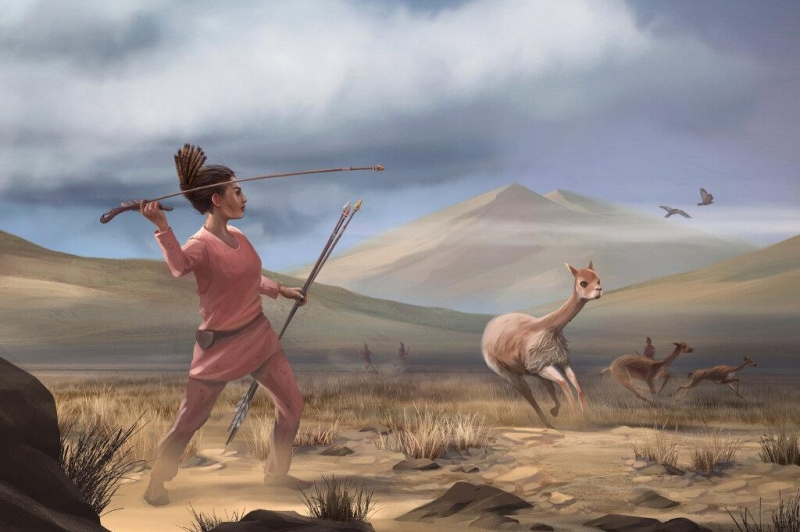 After discovering a 9,000-year-old female hunter buried in the Andes Mountains, researchers decided to undertake an expansive review of the literature on late Pleistocene and early Holocene burials.

The analysis confirmed the Wilamaya Patjxa female, unearthed in the Andes in 2018, as the oldest known hunter burial in the Americas.

The findings, published Wednesday in the journal Science Advances, suggest labor among early human societies in the Americas was shared relatively evenly by men and women.

Authors of the new study suggest their analysis undermines the long-held “man-the-hunter” hypothesis, which posited that, from the beginning, men hunted and women gathered.

“We believe that these findings are particularly timely in light of contemporary conversations surrounding gendered labor practices and inequality,” lead study author Randy Haas said in a news release.

“Labor practices among recent hunter-gatherer societies are highly gendered, which might lead some to believe that sexist inequalities in things like pay or rank are somehow ‘natural.’ But it’s now clear that sexual division of labor was fundamentally different — likely more equitable — in our species’ deep hunter-gatherer past,” said Haas, an assistant professor of anthropology at the University of California, Davis.

The survey of ancient hunter-gatherer burial data showed the Wilamaya Patjxa female wasn’t an anomaly — and that between 30 to 50 percent of hunters in late Pleistocene and early Holocene societies were female.