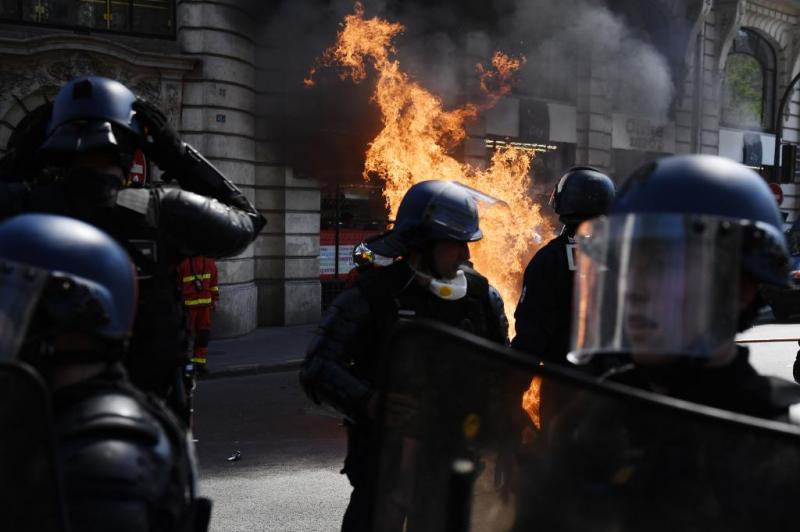 Paris police fired tear gas at protesters while bicycles, bins, motorbikes and cars alongside streets were set on fire. One group of protesters stole goods from a sports shop after smashing its front window, The Guardian reported.

The Yellow Vests protests have been ongoing since last November, starting as a fuel tax revolt but have come to represent social policies and dissatisfaction with the French government in general.

Much of action happened at Place de la Republique where protesters set the bulk of the fires and police responded with teargas, blanketing the area with smoke.

With more than 60,000 police deployed across France to deal with the protests, the Paris prosecutor’s office said 122 protesters were placed in police custody.

Some demonstrators complained that while millions have been raised the rebuild the iconic cathedral, little had allegedly been done to solve social issues affecting the poor in the country.

“Everything for Notre-Dame, nothing for the miserables,” one sign said, a reference to the French novel “Les Miserables.”

French President Emmanuel Macron had planned on making a speech this past Monday addressing policy issues to help slow the Yellow Vests protests, but canceled it when the cathedral caught fire.

He is now scheduled to give a news conference on the policies on Thursday.