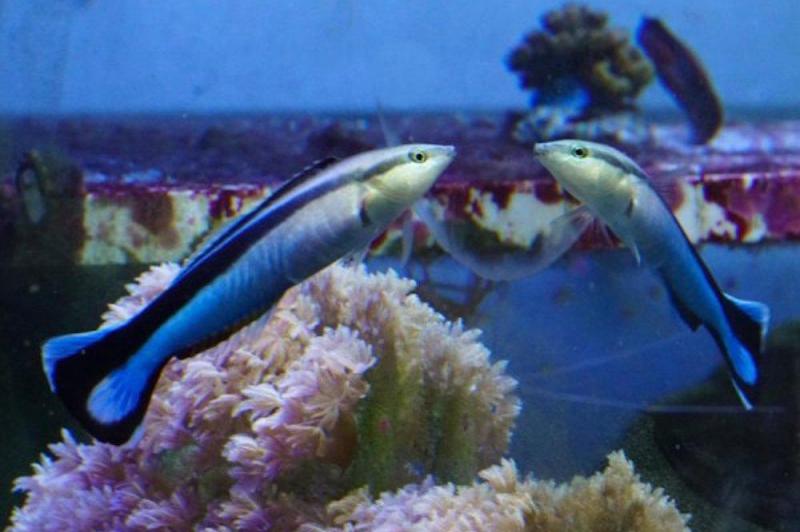 Feb. 8 (UPI) — The cleaner wrasse, Labroides dimidiatus, a small saltwater fish, can recognize itself in the mirror.

When scientists present the colorful reef fish with a reflection of itself, the fish attempts to remove marks on its body, the most common tests for identifying self-awareness among animals.

The research was conducted scientists at the Max Planck Institute for Ornithology in Germany and Osaka City University in Japan. The results were published this week in the journal PLOS Biology.

Authors of the new study acknowledge that the reaction to their findings will depend largely on how one interprets the legitimacy or significance of the mirror test.

“The behaviors we observe leave little doubt that this fish behaviorally fulfills all criteria of the mirror test as originally laid out,” Alex Jordan, researcher with both Max Planck and Osaka City, said in a news release. “What is less clear is whether these behaviors should be considered as evidence that fish are self-aware — even though in the past these same behaviors have been interpreted as self-awareness in so many other animals.”

Cleaner wrasse is the most famous of the cleaner fish. The species cleans external parasites from the bodies of larger cleaner fish.

In the lab, scientists placed a colorful marking on the fish that could only be seen in a mirror. When placed in front of the mirror, the fish tried to clean off the marking. Unmarked fish didn’t attempt to remove markings from themselves when interacting with marked fish. The fish also declined to remove marks placed directly on the mirror.

“Depending on your position, you might reject the interpretation that these behaviors in a fish satisfy passing the test at all,” Jordan said. “But on what objective basis can you do this when the behaviors they show are so functionally similar to those of other species that have passed the test?”

In an accompanying review, commissioned by the study’s authors, Frans de Waal, an expert primatologist at Emory University, offered a critique of the mirror test and binary interpretation of self-awareness.

“What if self-awareness develops like an onion, building layer upon layer, rather than appearing all at once?” said de Waal. “To explore self-awareness further, we should stop looking at responses to the mirror as its litmus test. Only with a richer theory of the self and a larger test battery will we be able to determine all of the various levels of self-awareness, including where exactly fish fit in.”