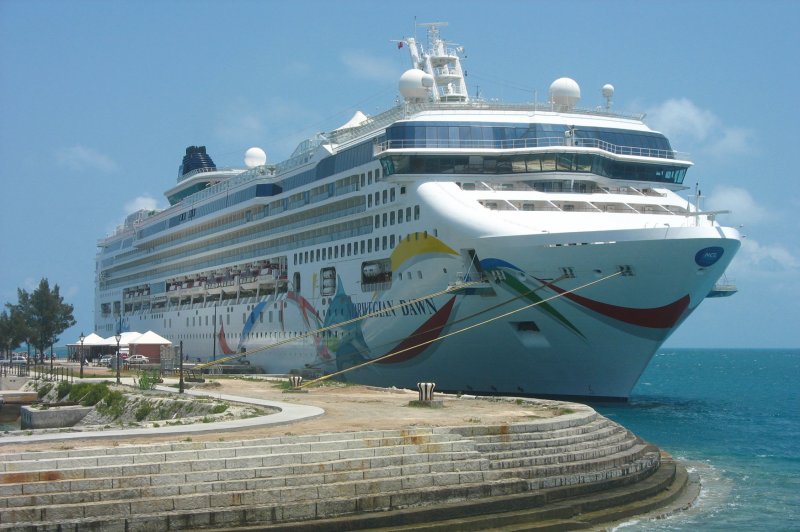 April 8 (UPI) — Florida Gov. Ron DeSantis announced Thursday a lawsuit against the federal government over the cruise industry shutdown during the COVID-19 pandemic.

Tens of thousands of Floridians depend on the cruise industry for their jobs, DeSantis said at a news conference at the Port of Miami, where he announced the lawsuit while flanked by cruise employees.

“So, today’s a day for us to fight for them, to fight for our friends and our neighbors, who just want to go back to work,” DeSantis said at the press conference.

Monica Sebata, a former employee of Cruiseport Destinations in Miami, said cruises were initially ordered to shut down for two weeks in March 2020. At that point, they were able to connect through Zoom, and they had hope things would improve, she said, but over a year later, it’s harder to hold onto that hope.

The CDC issued guidance Friday updating its series of no-sail orders since March 2020 with a framework for a conditional sailing order, but it’s still unclear when cruises will be able to set sail.

Among the guidance for eventual reopening, was exploring options to vaccinate crews, relocating all crew to single-occupancy cabins and private bathrooms, and instructing crew members to wear face masks outside of individual cabins.

Norwegian sought CDC permission to resume trips from U.S. ports on July 4 under the protocol that passengers and crew members are vaccinated, a Monday statement from the cruise line shows. Carnival Cruise Line recently announced extended cancellations through June 30.

Port Canaveral Authority’s Chief Executive Officer Capt. John Murray told Florida Today regarding the framework for conditional sailing order he was “disappointed that this guidance for the cruise industry appears to be nothing more than an incremental step in a far-reaching process to resume passenger sailings in the U.S., with no definitive or target start date.”

Carnival Corp., the world’s largest cruise company, was especially hard hit by the pandemic, with more than 2,400 COVID-19 cases among crew and passengers, and 80 deaths linked to cruise ships, according to The Miami Herald.

Cruise ships worldwide had been linked to 3,908 COVID-19 cases and 111 deaths as of early October, the Herald reported.

PortMiami describes itself as the “Cruise Capital of the World,” on its website, welcoming nearly 7 million cruise vacationers in 2019.

DeSantis said at the press conference the cruise industry shutdown is also harming the state’s economy, especially now that more people having received vaccines are ready to go on vacation.

Port Canaveral said in a statement to ClickOrlando.com “we are aware of the lawsuit and share the sense of urgency of getting Americans back to work. Our focus is trying to work with the CDC on a plan to resume cruise operations this summer.”