ORLANDO, Fla., March 31 (UPI) — A Florida rocket company, Rocket Crafters, has rebranded as Vaya Space and plans a new, larger rocket than it had been pursuing, now named Dauntless, according to company president Rob Fabian.

The plan for Dauntless is to lift about 2,200 pounds to low-Earth orbit, Fabian said. That’s more than twice as powerful as the Intrepid rocket the company no longer pursues.

The goal for Dauntless would make it roughly as powerful as Texas-based Firefly Aerospace’s Alpha rocket, which is also under development. Vaya planned to announce the new name and rocket publicly on Wednesday.

“We think that capability is where the competitive market is today,” Fabian told UPI in an interview. “We chose the name Dauntless because we believe it embodies the spirit of the company.”

While dozens of rocket companies are trying to develop rockets to launch small satellites, Vaya’s engine design stands out from most because it has a solid fuel core, according to the company.

Such a solid core could lead to a safer rocket because the engine is designed to shut off easily, even in mid-flight, company officials said.

About 26 people work for Vaya now in Cocoa, Fla., about 20 miles south of NASA’s Kennedy Space Center. Fabian said he plans to hire a few more people in the coming months.

Vaya raised about $ 7 million in a recent private offering, according to documents filed with the U.S. Securities & Exchange Commission on March 11. Fabian said the number was closer to $ 10 million raised over the past year, mostly from individual investors.

The new funds and rebranding follow a difficult year in 2020, when a test-firing of a rocket engine in May ended in an explosion. The company investigated the problem, determined the issue and fixed it, Fabian said.

Though he declined to describe the problem, Fabian said that, since the test, the company swapped out liquid nitrous oxide as a propellant and now will test with liquid oxygen.

The company had planned to launch a small, experimental rocket with its patented STAR-3D engine in 2020 from Spaceport America in southern New Mexico.

But the coronavirus pandemic created delays in travel plans, Fabian said. That test flight is now planned for mid-2021, he said, but no firm date is set.

The name Vaya is taken from the Spanish expression Vaya con Dios, or “Go with God” in English, according to retired astronaut Sid Gutierrez who leads the company as chairman and CEO.

Gutierrez was the first Hispanic person to pilot a NASA spacecraft — the shuttle Columbia on the STS-40 mission in 1991. Launch controllers marked the occasion partly by telling Gutierrez “Vaya con Dios” before liftoff.

“With the rebranding, we’re not trying to divorce ourselves from the past, but we want to say that we’re now emerging with new products and we’re going to be a player,” Gutierrez told UPI in an interview Tuesday.

Many small launch companies in the aerospace industry today will fail before they get to launch, said Phil Smith, senior analyst at Virginia-based Bryce Space & Technology.

“I think [Vaya] is viable in the sense that they’ve actually done some hot-fire testing,” Smith said. “We’re more interested in launch contracts to evaluate the success of a company.”

Vaya has letters of intent from two launch services companies and from a small satellite company, Fabian said, but no launch contracts. 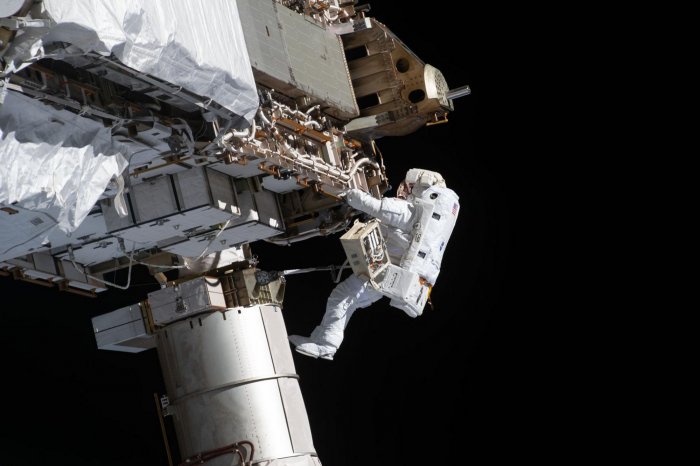