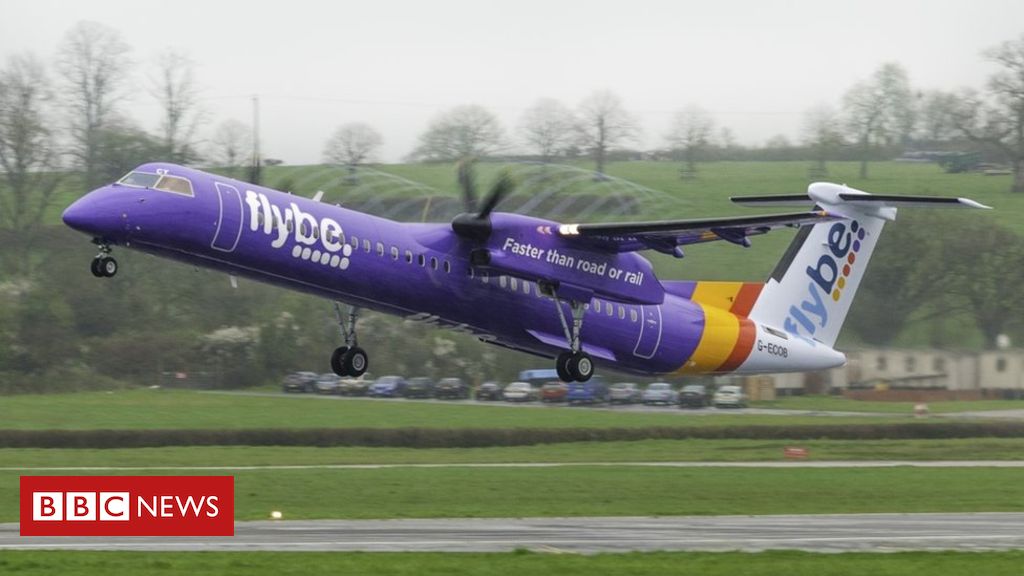 Flybe has declined to comment on media reports that the airline is in crisis talks in an attempt to put together a rescue deal.

According to Sky News, Flybe, which has already been bailed out once, has been struggling to secure fresh finance.

All of the airline’s flights are currently operating as normal.

It said it was focusing on “providing great service and connectivity for our customers, to ensure that they can continue to travel as planned”.

Flybe added: “We don’t comment on rumour or speculation.”

The reports come a year after Flybe was bought for £2.2m by a consortium including Virgin Atlantic and Stobart Group.

Since then, the consortium has invested tens of millions of pounds in the troubled carrier, but losses have continued to mount.

Tourism adviser and researcher Prof Annette Pritchard, of the Welsh Centre for Tourism Research in Cardiff, commented on Twitter that Flybe provided “a vital social and cultural link for many marginal economies”.

Based in Exeter, Flybe carries about eight million passengers a year from airports such as Southampton, Cardiff and Aberdeen, to the UK and Europe.

Its network of routes includes more than half of UK domestic flights outside London.

If the business collapses, more than 2,000 jobs are likely to go.

‘You don’t know whether to laugh or cry’

Matthew Mills, a graphic designer based in Shropshire, recently booked flights for his family to Germany with Flybe.

He is also one of the 10,000 consumers still waiting to receive a refund from collapsed travel firm Thomas Cook on a holiday that was meant to take place in November.

“You don’t know whether to laugh or cry,” he told the BBC. “We’ve used Flybe quite a bit in the past because we have family in Germany and we don’t have many alternatives in the UK – if Flybe goes under, we’d be looking at 50% more in prices on flights to Germany, easily.”

The report on Sky News said EY had been lined up as administrators if Flybe were to go under. The BBC has approached EY for comment.

Brian Strutton, general secretary of pilots’ union Balpa, said: “I am appalled that once again the future of a major UK airline and hundreds of jobs is being discussed in secret with no input from employees or their representatives.

“According to reports, the airline could have collapsed over the weekend, which would have been devastating news.”

Mr Strutton called on Flybe’s owners and the government to talk to the union, saying staff had a right to know what was going on.

Prof Loizos Heracleous, an aviation industry expert from Warwick Business School, said it would be “no easy task” for Flybe to attract new finance.

He added: “The aviation industry is an unattractive industry in terms of performance and returns on investment at the best of times.

“It is saddled with high-cost assets, namely planes, and key costs that fluctuate uncontrollably, mainly fuel, which accounts for around a third of total airline costs.

“On top of that, they face high regulation, often aggressive unions, low barriers to entry that increase competition, and high bargaining power of buyers.”

Ben Bradshaw, Labour MP for Exeter, said Flybe provided “valuable connectivity throughout the UK” and called on the government to intervene.

He added: “Brexit and the way the government’s aviation taxes hit a regional airline like Flybe have been a double whammy for the company and I would expect the government to work closely with its management to secure the future of such a strategically important business.”

Will you be affected if Flybe goes into administration? Please share your experiences by emailing haveyoursay@bbc.co.uk.