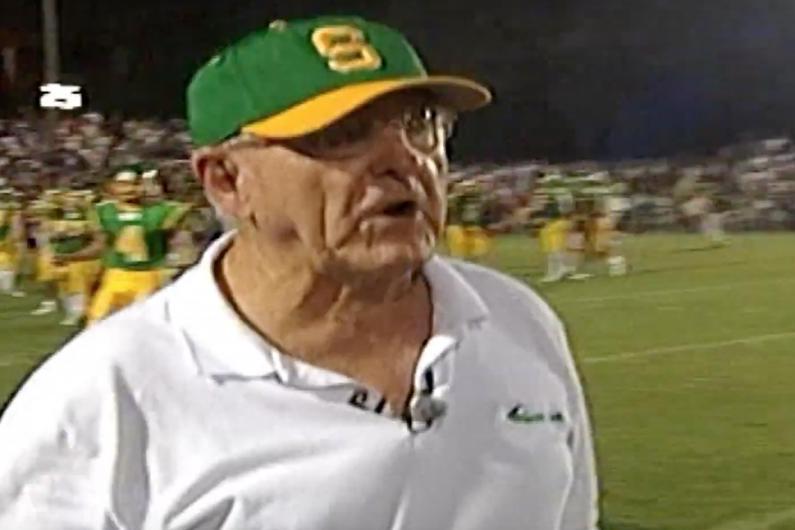 Nov. 29 (UPI) — John McKissick, the winningest football coach in the country, has died at 93.

McKissick posted a career record of 621-155-13 at Summerville High School in Summerville, S.C., the most wins for a football coach at any level. Dorchester County coroner Paul Brouthers told The Post and Courrier and WCSC-TV that McKissick died Thursday in his home after being in hospice care.

“Remembering Coach McKissick — what a legend,” Summerville High School wrote on Facebook. “We will miss you, Coach! Thank you for impact on thousands of young people in our community over the years. Always and Forever a Green Wave.”

McKissick was born Sept. 25, 1926, in Greenwood, S.C. He later attended Kingstree High School before serving as a paratrooper with the 82nd Airborne Division in World War II. He attended Brevard College and Presbyterian, where he graduated in 1951 with a degree in economics. He began his tenure coaching the Green Wave a year later.

“It’s a tremendous loss not only for the Summerville community, but the Lowcountry and the state of South Carolina,” former Stratford High School (S.C.) coach Ray Stackley told The Post and Courier.

“For guys like me, who coached against him for a lot of years, we became fierce competitors with him, but also tremendous friends. He and I have had a special friendship for a long, long time. It’s going to be hard to imagine the Lowcountry and Summerville football without John McKissick.”

McKissick was inducted into the South Carolina Athletic Hall of Fame in 2005.