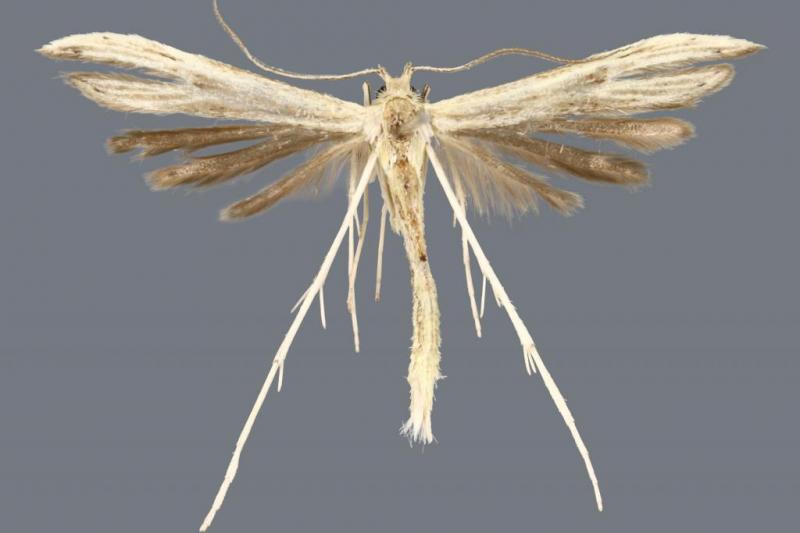 June 7 (UPI) — Scientists have identified four new species of plume moths in the Bahamas. Plume moths are a family of small moths with uniquely modified wings.

Plume moths are named for the fringelike scales that adorn their wings. When extended, the outline of the mosquito-sized moths resembles a tiny star.

There are now 23 known plume moths in the Bahamas. Several of them — including the four described this week in the journal Insecta Mundi — would likely still be fluttering around in anonymity if it wasn’t for Deborah Matthews.

Matthews, a biological scientist at the Florida Museum of Natural History, has been conducting plume moth expeditions and field studies in the Bahamas since 1987.

“They were just so unique,” she said in a news release. “It’s the symmetry that really gets you, the flower-like symmetry of the wing shape. When you take a closer look, you see that there are some pretty cool patterns.”

The four newly discovered species bring the total number of plume moth species living in the Bahamas to 23. Eighteen of the 23 also live in Florida, and ten are also found in Cuba. But some are found on just one or two islands.

“They’re part of the food web and part of the countless biodiversity treasures discovered in the Bahamas,” Matthews said. “It’s important to know what you have in an area before it’s lost.”

Matthews’ is work is part of a broader effort, led by Florida Museum curator Jacqueline Miller, to document the entire diversity of butterflies and moths found in the Bahamas. When the survey started in 2010, scientists knew of 300 Bahamian moth and butterfly species. Today, the archipelago is known to host at least 1,000 species.