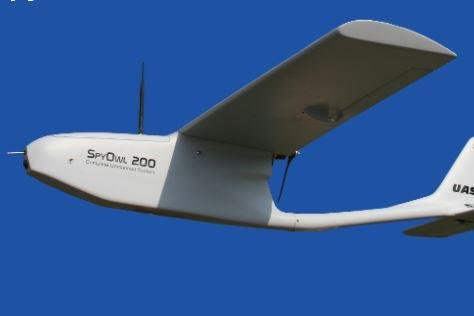 A “call for projects for a mini-payload of electronic support on drones” was revealed by France’s Defense Innovation Agency for “an electronic support payload that can be integrated into drones with a maximum take-off mass of less than” 55 pounds.

“This payload must be able to detect, locate, identify or even interact with or block telecommunications transmitters,” the agency said in a press release on Friday.

The agency referred to its project as “Sauron,” named after the all-seeing eye in the book series “The Lord of the Rings.” It is budgeted for $ 473,000.

It cites a January 2021 deadline for submissions, and a seven-month window for research and development leading to demonstrations.

The request emphasizes that the UAV must work unitarily and autonomously, instead of in a more typical swarm, and that it can detect, locate, track and possibly jam radio transmitters operating at between 30 and 6,000 megahertz.

The project is an example of signal intelligence, and comes as several similar efforts are underway in Europe. The size of the proposed UAV suggests it could be used by small Army units for better situational awareness of nearby enemy units, experts said.

The U.S. Army has a similar initiative, outlined in a 2010 in its “Unmanned Systems Roadmap, 2010-2035,” using the Silent Echo, Scan Eagle payloads and the MQ-1C Gray Eagle UAV.

France’s request for proposal, though, specifies that the project “must not involve any subcontractor outside the European Union.”