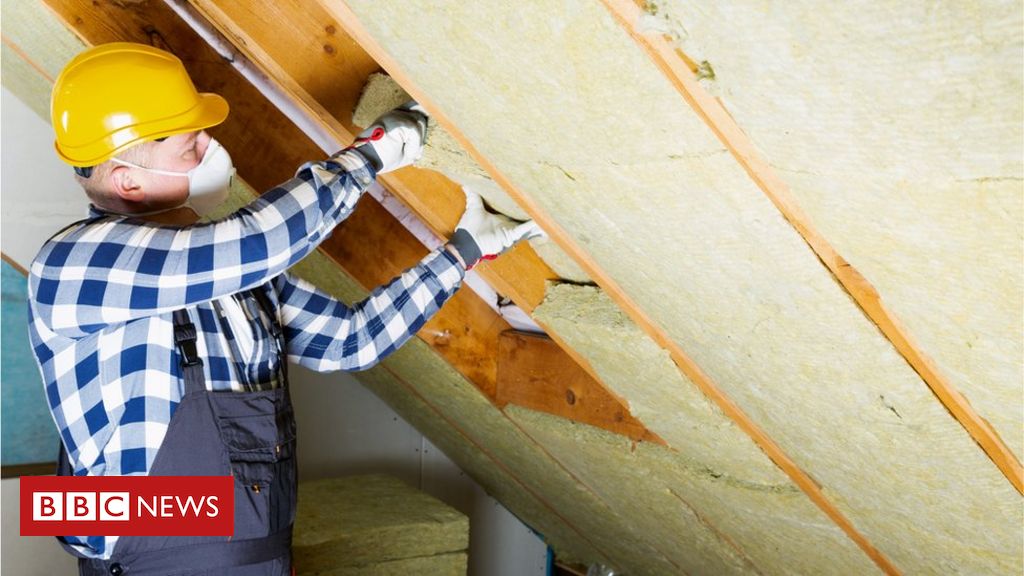 It sounds too good to be true: free money to make your home cosy and cut your fuel bills.

But this is exactly what is planned for England’s homeowners from September.

That’s when the government aims for a triple whammy – creating thousands of jobs in home insulation while reducing carbon emissions from boilers and shaving energy bills.

Campaigners call this £2bn scheme a “no brainer” policy. So what will it mean for you?

The Green Homes Grant – which was revealed in Chancellor Rishi Sunak’s summer statement – will be available via a website in two months’ time.

You will apply for a voucher of up to £5,000 worth of work, of which you will pay one third or less.

A qualified retrofit coordinator will visit your home and assess how you can reduce your need for heating.

Then the work will be done. Your home should be warmer in winter and cooler in summer.

What improvements can you get?

We are awaiting details from the government, but it looks as though the scheme may cover:

The scheme will apparently involve a “whole house approach”, whereby a retrofit co-ordinator will determine what measures will ensure the best value for money for you and the taxpayer in your home.

Experts debate whether double and triple glazing should have qualified for the scheme.

These windows often impress the neighbours, but some think it offers relatively poor value for money when it comes to saving energy.

Will home owners have to deal with lots of contractors?

Again, we need details. But it is clear many small firms are only certified by their trade organisation to carry out work within their field of expertise.

For instance, I rang a specialist in underfloor spray insulation, to ask if he could stop draughts letting in cold air from my timber floor. He said yes.

I also enquired if he could also install those fiddly insulating strips on doors and doors. He said no.

Will the retrofit co-ordinator handle all the trades people you will need? This is yet to be decided.

How complicated is insulation?

Well, simple draught-proofing may be tedious but it is effective and the choices on offer are limited. But other forms of insulation generate a blizzard of possibilities.

With solid walls, should you insulate inside – which shrinks your room size? Or should you do it outside – which usually makes your house look different?

For suspended wooden floors, should you get a robot to spray under the boards? Or lift the boards and fit foam blocks between the rafters? Or should you use natural insulation based on the cannabis plant, hemp?

Hopefully the retrofit co-ordinator will help you choose.

What could go wrong?

The last time the government tried a big energy saving scheme – the Green Deal – it exploded in their faces.

Unlike this new plan, nothing was free. Instead householders were offered loans with interest so high they would have saved money going to the bank manager.

Some of the small number of people who took up the scheme found dreadful faults. Insulation badly installed can create damp.

Unsurprisingly, the scheme was scrapped.

But that has led to another problem. An industry had grown up with a workforce to provide insulation but as installation numbers collapsed, that industry has shrunk.

Can it be resurrected by September?

One expert said it could take between six and 12 months to set up a watertight scheme yet the government wants all the £2bn fund spent by the end of March.

What guarantee will there be for home owners?

This is a crucial issue. The most successful warm homes schemes worldwide have been when experts visited your home after the work was done to check you’re satisfied.

Joanne Wade from the energy conservation specialists ADE said: “We’re going to need much better quality control than the Green Deal had.

“If there’s something wrong it’ll have to be fixed or consumers will lose faith in the scheme and turn their backs on it.”

Is the scheme ambitious enough?

Some green groups say the £2bn figure is inadequate. But experts who’ve been campaigning on the issue for decades say it’s probably about right, as it will be hard to get all the money spent in the time available anyway.

But they insist that the same amount of cash must be spent year on year and extra private investment has to be attracted too.

Without that, they say, the government won’t sustain the jobs, won’t meet its target for warm homes and won’t meet its goals for cutting carbon emissions either.