When Marie Villegas, 46, an IT project manager, was about to start a new position with the Department of Defense contractor she works for, she Googled “salary negotiation tips.”

“I knew my responsibilities would increase, but I wasn’t sure how to actually ask for more money,” she said.

That’s how Villegas learned about a free salary negotiation session coming up that weekend in Washington, D.C., where she lives. It was geared toward equipping women with tools and tactics to lobby for more pay and better benefits.

Villegas left the workshop with a plan. That same day, she emailed her manager to request a meeting. When they met, she laid out her points and he was receptive, she said, and agreed to meet her in the middle.

“I still consider it a big win since I could have ended up without any raise at all if I hadn’t pursued it,” she said. 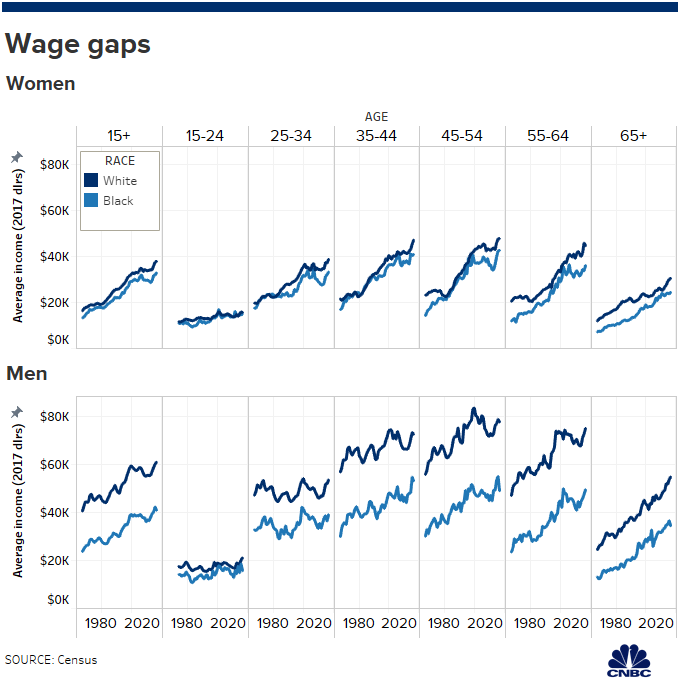 Many women are aware that a woman in the U.S. generally makes about 80 cents to each dollar a man earns.

Much of that shortfall has been explained by criteria such as education and work experience — women are more likely to work part time and take time off over the course of their careers, often to care for children or other family members, according to the Pew Research Center.

But there are other factors that are more difficult to measure, such as gender discrimination, which may contribute to the ongoing wage discrepancy, Pew said.

Additional research suggests that more discrepancies arise when it comes to negotiating pay. In fact, women ask for raises as often as men, but they are less likely to receive the raises they requested.

Women are also twice as likely as men to say they are not at all comfortable asking their boss or supervisor for a raise, according to a report by Zoro, an online retailer of industrial supplies and business products.

As employers have largely held the line on pay raises, successfully negotiating for more pay could be part of the solution to closing the gender pay gap, according to Kim Churches, head of the American Association of University Women, which now runs negotiation workshops in cities across the country, including Boston, San Francisco and Washington, D.C.

In two-hour sessions, the AAUW has trained more than 100,000 women in the last year, Churches said, and about 60% of participants said they successfully negotiated with what they’ve learned, according to a three- to six-month follow up.

Starting in September, the AAUW is partnering with the New York City Economic Development Corporation to begin bootcamps in New York, as well. In the following months, the initiative will expand to include Spanish-language programs. There is also a free online course.

The nonprofit has committed to training 10 million women through salary negotiations programs by 2022.

Negotiation workshops, in and of themselves, aren’t going to fix the problem, Churches said, but “along with changing laws and attitudes, we can chip away at the persistent pay gap.”