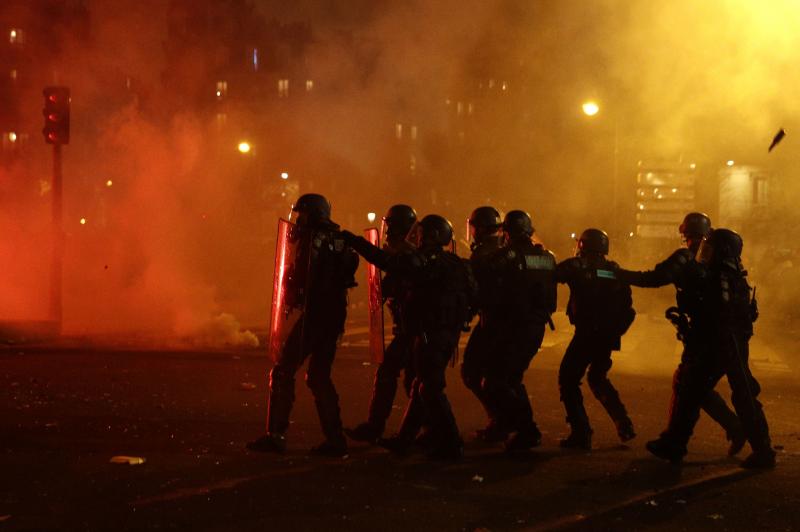 Dec. 7 (UPI) — French riot police used tear gas on protesters Saturday to break up demonstrations that have brought Paris to halt as the country’s general strike continued into a third day.

Saturday’s demonstrations brought out thousands of people amid both a strike aimed at halting President Emmanuel Macron‘s plan to overhaul the country’s retirement system and months of anti-government demonstrations by “yellow vest” protesters.

Some workers, including teachers, returned to work Friday, but others — notably transportation workers — have continued the strike, leading to closed Metro stations, and canceled high-speed rail trips and flights.

Macron wants to streamline the country’s 42 special pension plans in what he has characterized as an effort to make the program fairer and more sustainable but which may encourage workers to retire later. Demonstrators have also voiced concern about public service cuts and threats to France’s social safety net model.

Labor protesters were joined in the streets this week by anti-government “yellow vest” demonstrators, who’ve been protesting in the streets — and clashing with police — for months in response to rising fuel prices and taxes.